The 2019-2020 Collegiate Spikeball™ season is underway! These tournaments are different than other SRA events in that there is an Individual followed by a Club bracket. See below for more details. Teams must consist of players that attend the same school. All players must provide proof of enrollment according to these requirements. Check out the Collegiate page to answer any other questions.
Location
Rooftop Field
151 Salisbury St
Worcester MA, 01609
Cost per team
Schedule
8:45am - 9:30am: All teams arrive to check-in and warm-up
9:45am: Opening announcements
10:00am - 11:00am: Pool play
11:15am - 3:00pm: Individual bracket
3:15pm - 6:00pm: Club bracket

Club Registration & Eligibility
All clubs/schools will have a platform in which to manage rosters and submit eligibility for college tournaments. All club Presidents or school representatives must fill out this survey and will receive an email with more information. All players must submit eligibility as proof of enrollment according to these requirements.​ Proof of enrollment is due by close of registration.
Individual Team Format
Pool Play
Pool play will consist of all teams playing every other team in their pool once. Games will most likely be to 15, win by 2, cap at 21. Pools will be made with the intention of having even pools based on rankings and past tournament results.
Bracket Play
Teams will be seeded in a bracket based on the pool play results. Seeding will be done by win/loss, point differential, then head to head. Bracket play will most likely be 2/3 games to 15 or 21.
Club Team Format
The Club tournament will begin in bracket play and the Squad's seeding will be determined by the Squads combined points based on final placements of the teams from the Individual Bracket. See points below in rankings section. The matchups in the Club Bracket will put the Squads’ 3 individual teams (1v1 2v2 3v3) against the other Squads’ 3 teams.
The order of the individual teams as part of the Squad will be determined by the placement of the teams in Individual Bracket play. If two teams from the same Squad are knocked out in the same round of the Individual Bracket, the point differential in that round will determine which team is seeded higher. If point differential is the same then whichever team had the higher seed entering bracket play is the higher team. If two Squads have the same combined point total then the Squad with the higher finishing team in the Individual Bracket gets the higher seed.
The Squad that wins 2 out of the 3 matches continues on to the next round of the bracket. If a Squad with only 2 teams plays a Squad with all 3 teams then the 2-team Squad must win both of their matchups to continue. If both Squads only have 2 teams then point differential will be the tie-breaker in the case of the Squads splitting matches. 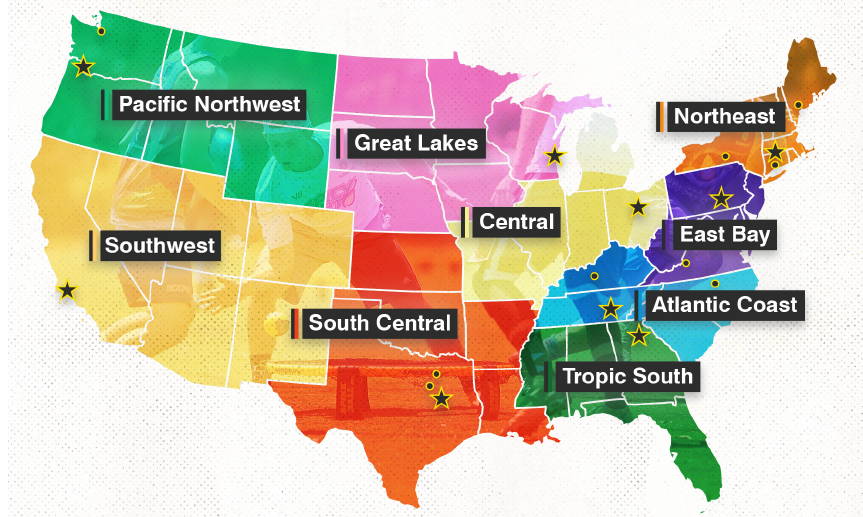