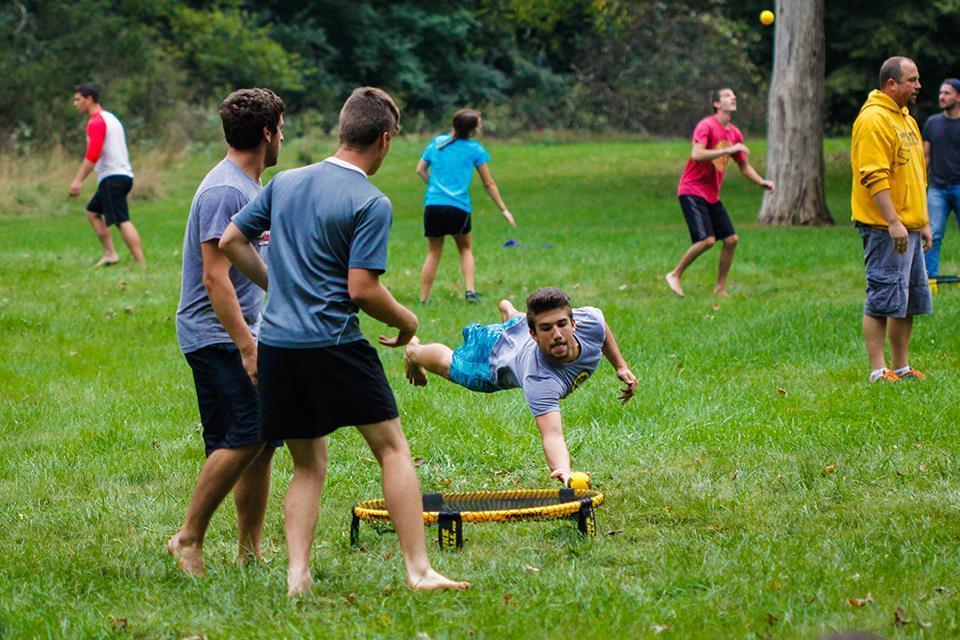 Jesse Showalter of Ohio Against the World dives for a ball during a game in 2016.

Well, I've been wrong before, and my predictions have been notably bad during championship season so far. But I'll stand by that no. Origin Impact (Chris Hornacek and Patrick Drucker) will not be beating cisek_showlter (Tyler Cisek and Peter Jon Showalter) at Midwest Regionals this weekend.

The two have played a number of times (five in bracket play to be exact), and while Impact has been close to stealing a win before, especially in Baltimore in April, they have not closed the deal once this season. I'd be surprised if Impact could find the energy required to put pressure on them in new ways or if cisek_showalter faltered when playing against the team ranked second at this tournament.

But, those two will certainly be the favorites to reach the grand finals; it'll be tough for any other team in attendance to beat either of them once, and near impossible to do so twice.

Last season, the podium was dominated by Origin Roundnet Club teams. This year, it'll be an uphill battle, not only to win but to get more than one team in the top 4, largely because there is parity among the rest of the field. Here's a snapshot: 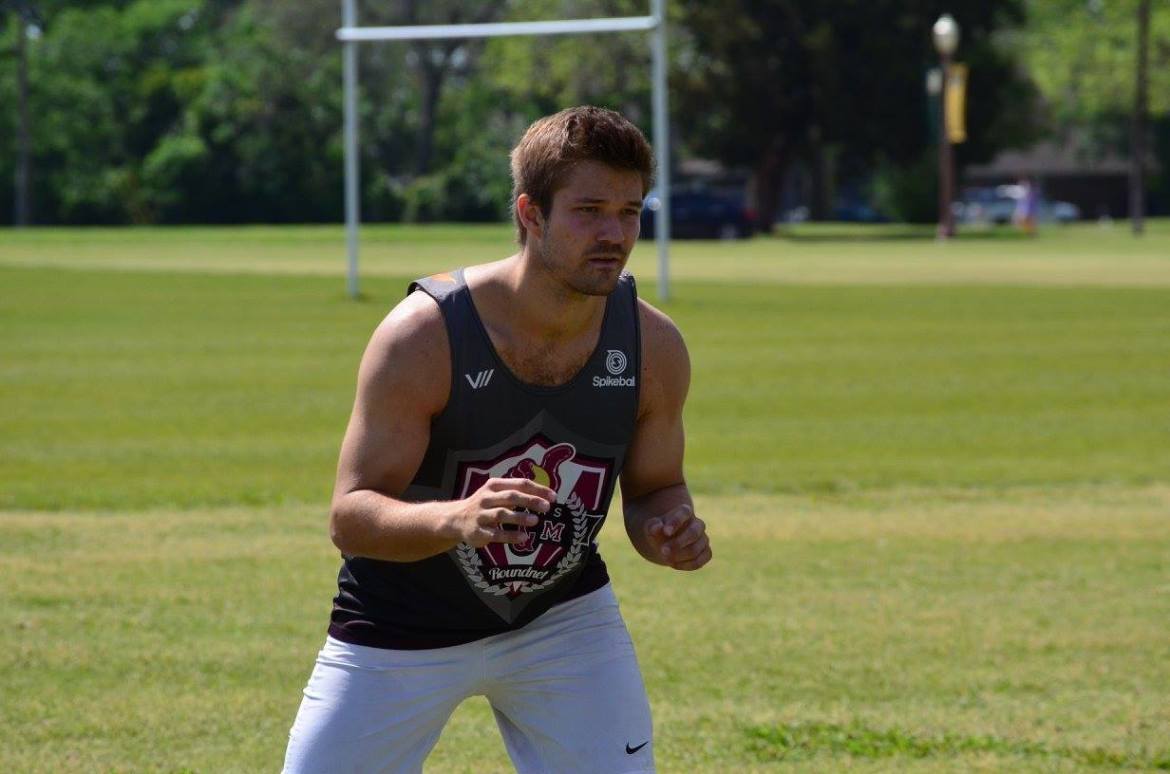 Logan Cornelius of Tetelestai awaits a serve during a tournament this year.

The Brothers Zimm (Josiah and Micah Zimmerman), Origin Flow (Nick Daub and Mike Priller), Yummy (Tom Cortesi and Joey Connolly), and Living Weirdos (Andrew Graczyk and Chris Wilkins) will all have their work cut out for them if they want to knock off one of these other teams and sniff the top 4. Not impossible for any, but not likely either.

The Midwest Regionals Advanced Division does not feature as many well-known players and teams as did the West and Southeast equivalents. Still, there are a few front-runners, including:

Zagone has been one of the best complimentary players in the sport for a couple of years - he is a great setter and defender, which bodes well for playing with a new partner. In a similar vein, Pierron makes for a good mashup partner due to his ability as a server. His ability to generate breaks without expending extra energy on defense is an asset to a mashup team.

Both Origin Roundnet Club teams will have a bit more tournament experience together, which could be beneficial in a game that comes down to defense. Gock City also has a good bit of experience and was even on the Power Rankings last season (ranked #25 in August of 2016). They'll be a major contender for a spot in the Premier Division.

Without too much knowledge of these players (or of the rest of the field), I will withhold my predictions for this division. See the bottom of this post for the results of The Rally's Prediction Poll.

The West Regionals Women's Division produced some interesting results. Notably, MØXIE (Julie Haselton and Jenna Coleman), one of the top women's duos in the country, fell to underrated Whipper Snappers (Sam Calisto and Jordi Vigna) in the grand finals.

MØXIE will be back at it in Chicago. This time, they'll have to take out the top women's team in the country, Ogres Heroes (Alli Kauffman and Becca Witmer).

No one has shown that they can take out the East coast powerhouse. Maybe a loss last weekend will motivate Haselton and Coleman to do what they have been unable to do before, but the smart money is on Ogres Heroes.

While I expect these two to take the first and second spots, the rest of the podium seems to be up for grabs. Will a Midwest women's team also nab a victory over one of the more well-known women's pairs?

Again, without too much knowledge of the rest of the field, I'll withhold my predictions and defer to the Prediction Poll.