Note: This preview of the 2017 Nationals Women's Division was written by Ezra Dantowitz.

In addition to growth in numbers, the quality is way up. Ogres Heroes (Becca Graham and Alli Kauffman) made it to at least the round of 16 in the Advanced Division three times this season. Women's Division matches routinely feature some of the most exciting and intense roundnet you can find.

At the beginning of the season, it looked like three teams would lead the way: Ogres Heroes, MØXIE (Jenna Coleman and Julie Haselton), and veinte hamburguesas (Tori Farlow and Charissa Wright). Since then Ogres Heroes solidified themselves as the best women's team in the country, but MØXIE and veinte hamburguesas are still in the picture. At West Regionals, Whipper Snappers (Jordi Vigna and Sam Calisto) burst onto the scene to prove they deserve to be in the mix. 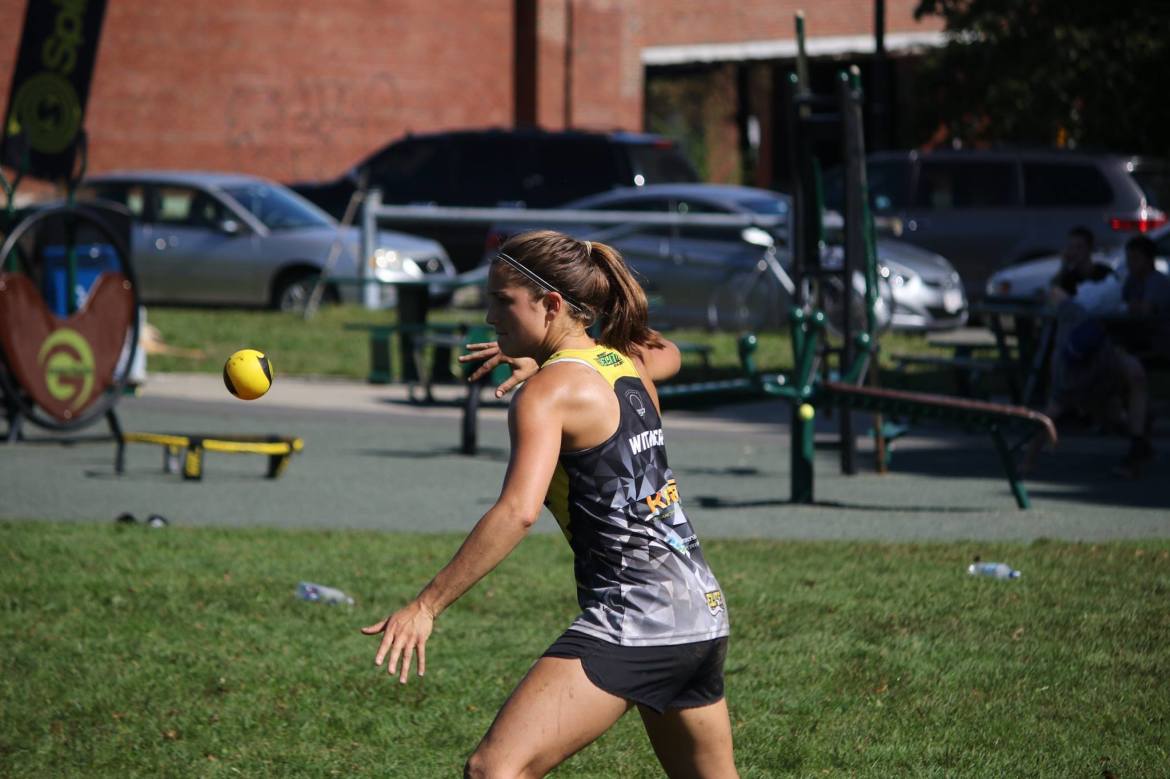 Nationals will be the first time more than two of these teams play at the same tournament since May. They are definitely expected to make up the top 4 and earn Spikeball™ Elite. But there might be a breakout team hiding in the field. Last year it was veinte hamburguesas who finished third after entering the day as an unknown to most of the roundnet community.

Most of the top contenders haven't played each other more than once or twice, but here's a rundown on some of the teams in the field.

The Favorites: The reigning champions are expected to repeat

Kauffman and Graham are one tournament away from completing a near perfect season. Though they dropped a series three times this year, each time they fought back to win the tournament. Their performance throughout the season has driven the women's roundnet scene. In addition to winning every Women's Division they entered, Ogres Heroes finished top 8 in the Columbus Advanced Division and top 16 in the SummerSpike and East Regionals Advanced Divisions.

The key to their success is the calm, collected consistency they bring to every game. Their dedication and practice allow them to relax in tournaments and let their skills speak for themselves. They are more focused on working together as a team than on winning and it's clearly working. Kauffman said that unlike last year, they don't feel pressure to win Nationals.

"Last season there was a debate as to who was the most dominant women's team. This season, we've secured that spot."

But that's not to say they aren't playing to win, Graham clarified. "We have been working hard all year, and winning nationals would just be the proverbial cherry on top of a season full of improvements."

Kauffman and Graham are aware of the target on their backs but are looking forward to the opportunity to once again compete against the best.

The Challengers: If they play their best roundnet they could take first place

This new team from California might be the best bet to knock out Ogres Heroes. Calisto took second at Nationals last year with Coleman as Shewolves and is now back with a new partner. The pair benefited from training over the summer with 2 Guys (Preston Bies and Troy Mauk) and Strange Embrace (Devin Matson and Jarratt Rouse) in Santa Barbara. At West Regionals they shocked the rest of the country when they beat MØXIE twice to win. They know Ogres Heroes will be their biggest challenge and are eager for the chance to compete against them. Their combination of competitiveness, athleticism, and a fresh look might be the perfect combination to take first. 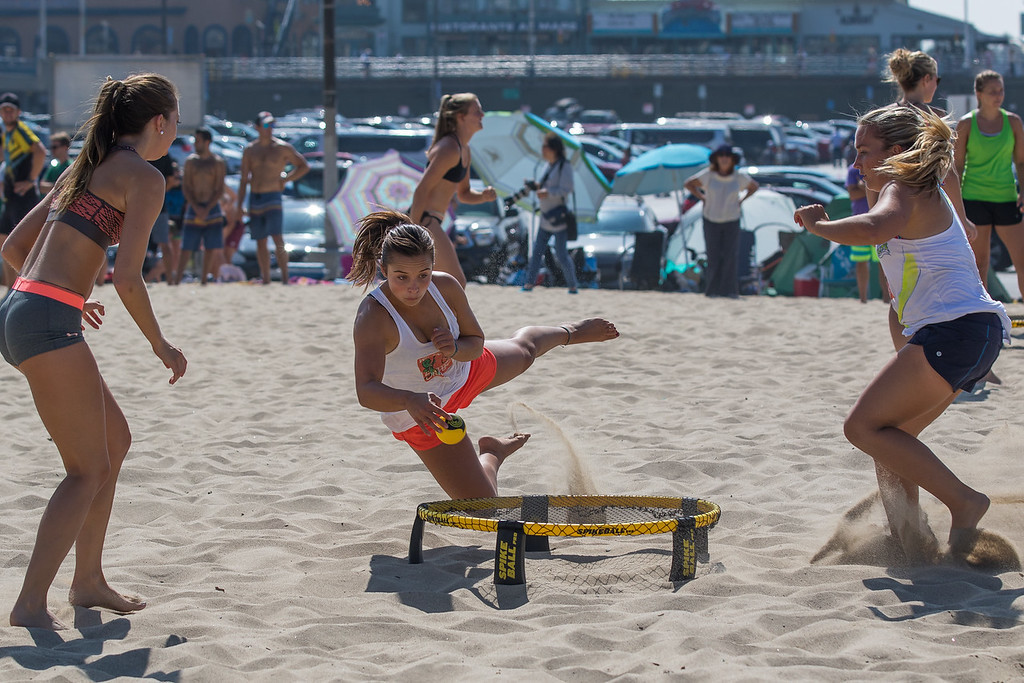 Haselton and Coleman are coming off two second-place regionals finishes. At West Regionals they lost to Whipper Snappers twice and in Midwest Regionals they managed to take a set off Ogres Heroes, but eventually fell. This marked the second time in 2017 MØXIE took a series off Ogres Heroes. In May they won the winner's finals at the Santa Monica Grand Slam before Kauffman and Graham marched back to beat MØXIE twice in the grand finals.

In Santa Monica MØXIE also beat veinte hamburguesas in the only match between the two teams in 2017. The last time Ogres Heroes lost a tournament was Birch Hill 2016 where they lost to Coleman and Allison Stoltzfus in the finals. Pair that with two wins this year and MØXIE might have the best case to take down Kauffman and Graham.

Last year's third-place finishers, Farlow and Wright have played Ogres Heroes more than anyone this year. After winning a series against Ogres Heroes at the Baltimore Tour Stop in April, they were unable to repeat that in Santa Monica, Philadelphia, or Birch Hill, leaving them at 1-7 on the season entering Nationals. Their only other matchup against a team in the National's field was a loss to MØXIE in Santa Monica. Other than another rematch with Ogres Heroes, the best women's team in the Southeast also wants a chance to play the West Region champions: Whipper Snappers. 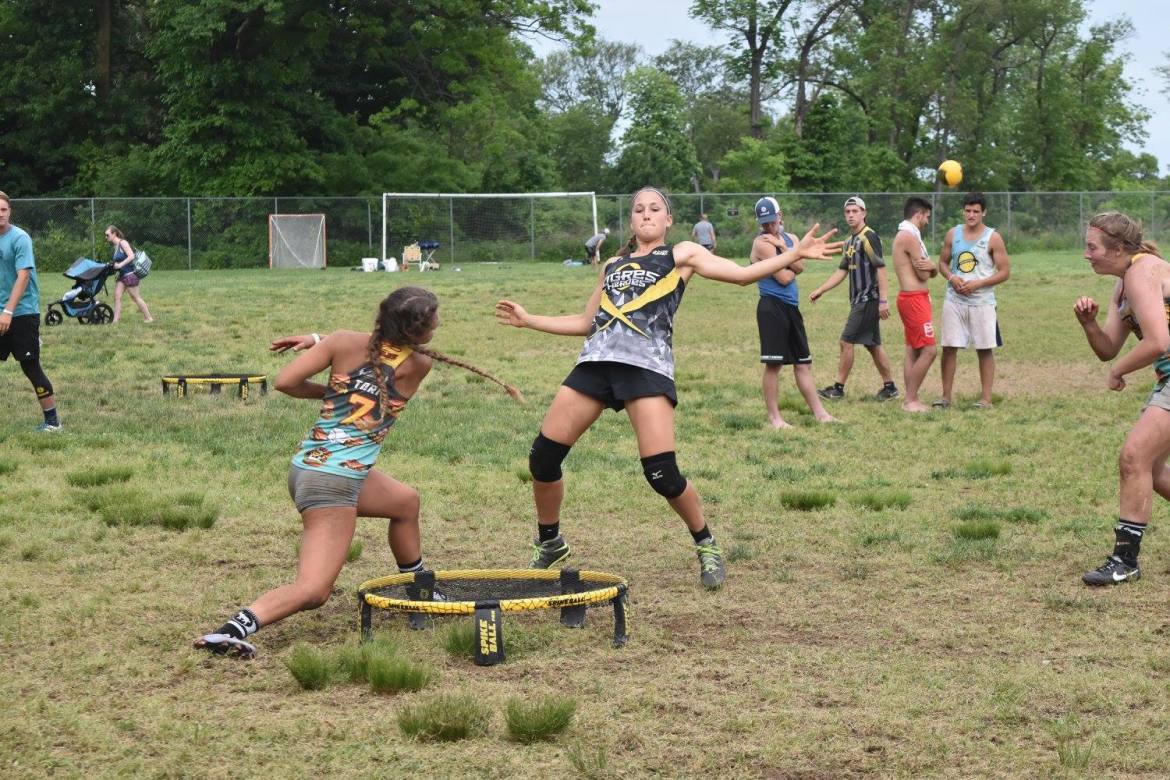 Despite winning the Chicago Grand Slam and Southeast Regionals, veinte hamburguesas' last match against a top women's team was in June. That's not to say they haven't been practicing or competing, just that they'll need to do some fine tuning on Saturday to adjust to the women's game, something they're used to. Farlow and Wright are confident that if they play their best it will be enough to challenge anyone in the field.

The Contenders: They all pose a threat to crack the top 4.

East Regionals was the first tournament for this pair and they took second behind Ogres Heroes. Ruff has been around the game for a while, and though this will only be Zook's third tournament, you wouldn't guess it from watching her play. They were able to play Ogres Heroes close in Boston and they should do the same if they hit any of the top four teams in Chicago.

Cougs is another team with the potential to turn some heads. Gingerich won the Intermediate Division and placed second in the Women's Division at the Columbus Tour Stop. She also took first at the third Annual Midsummer Spikedown in North Carolina while playing with Peter Jon Showalter. Hershberger finished top 8 at Nationals last year as Zen and even took Ogres Heroes to extra points in quarterfinals. These two have the skills and experience to make a run.

Hailing from Quebec, Canada, Bergeron and Gougeon will, for the first time, make the Women's Division international. Though they both attended Birch Hill, this will be their first tournament together in the U.S. In July they cruised through the second largest women's field of the year at the Montreal Tour Stop to take home the pitchers. They are excited to test their skills against the top American teams and hope their unfamiliar play style and serves will be an advantage.

The Outsiders: A top 8 finish is within reach, but anything past that would require a big upset.

Coppola and Troyer finished third at the Philadelphia Tour Stop in May. In their run they took a game off veinte hamburguesas. Both players have been around the scene for a while and in a large field their experience might pay off.

White picked up a good amount of glassware with her four podium finishes at tour stops and grand slams this year. Though Boltz is playing in her first tournament she practices with the Milwaukee area group and is far from a beginner. If they mesh well they could surprise a few teams.

Swayze and McCauley teamed up for West Regionals where they finished fourth. That doesn't bode well for their chances in a larger and tougher field, but don't count them out. Outside of the top four teams, McCauley is the only other regining Spikeball™ Elite player in the field.

This will be the first women's event of the year to use a single elimination bracket. For the rest of the major tournaments the bracket was double elimination, leaving some margin for error. We saw this in Santa Monica when Ogres Heroes lost to MØXIE in the winner's finals, before coming back to win four games in-a-row over MØXIE to take first.

Without a safety net, consistency will be the biggest factor in who succeeds throughout the day. This plays to Ogres Heroes' advantage. Their resume proves their consistency and resiliency. If they maintain their levelheaded play they should be able to methodically work through a field of challengers.

Whipper Snappers is ready for the competition, but I don't think they'll be able to keep up with Ogres Heroes. Ogres Heroes' relaxed play style will be a better fit for the huge tournament environment. A grass tournament also hurts Whipper Snappers, who might be the pick to win on sand. But the West champions should be able to beat veinte hamburguesas or MØXIE in a semifinal matchup to finish top 2. 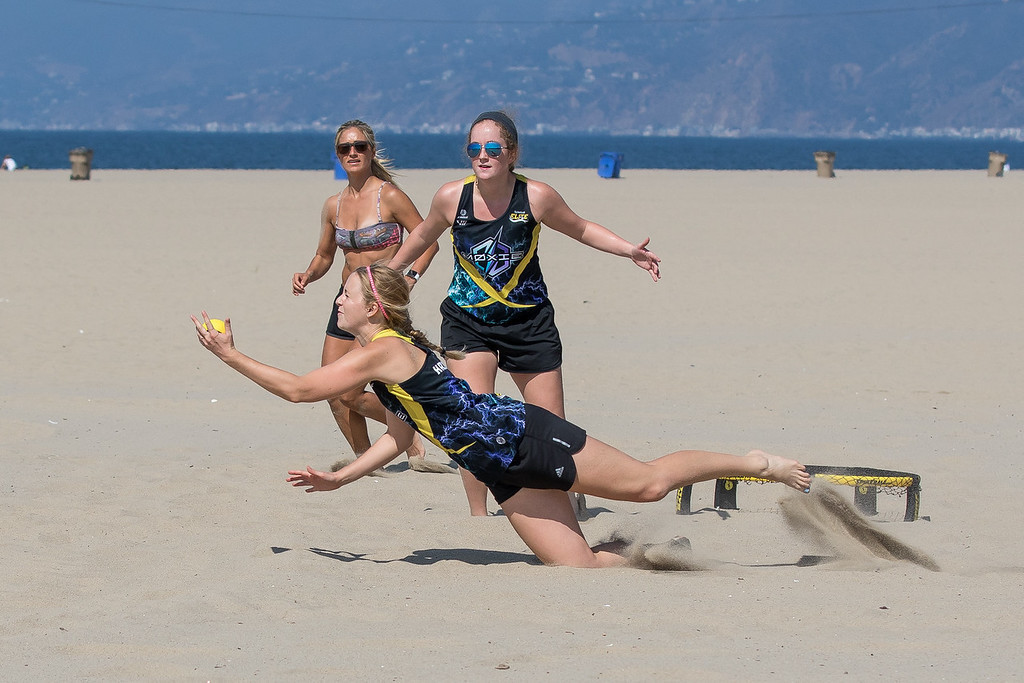 Julie Haselton of MØXIE dives for a ball at West Regionals.

MØXIE's performance at Midwest Regionals reaffirmed that beating Ogres Heroes is possible. But they'll need to dial in to do it at Nationals. Haselton said they feel good going against Whipper Snappers after reflecting on their losses at West Regionals. If they play clean offense they could take the rematch, but otherwise it'll be a repeat of West Regionals.

veinte hamburguesas is the biggest wild card in the field to me. Farlow might be the best all-around athlete in the field, and Wright's offensive consistency this year has helped bring them to a new level. The two are definitely capable of beating any other team in the field, but it will depend greatly on how they handle the pressure and expectation that a large stage brings. Since beating Origin XX in the third-place game at 2016 Nationals, veinte hamburguesas has lacked a signature win. There's no better time than Nationals to get another one.

I really have nothing to lose, so here's how I think it'll end up: