These are the Men's Power Rankings as we head into the 2017 season! The list was formed by a panel of 8 individuals, spanning all regions, who discuss the rankings team-by-team. As these are "Pre-Season" Power Rankings, many of the decisions were made with speculation and focused on the merit of individual players rather than the teams themselves. Also, some players will be injured or inactive at the start of the season, but the player's team was still included.

The reigning national champs open the year atop the rankings, but numerous teams have their sights set on dethroning them. Having lost their underdog reputation, can 2 Guys continue to win?

Despite being one of the few elite teams sticking together in 2017, Strange has still yet to secure a major tournament win. In a crowded West region, will they be able to finally break through this season? 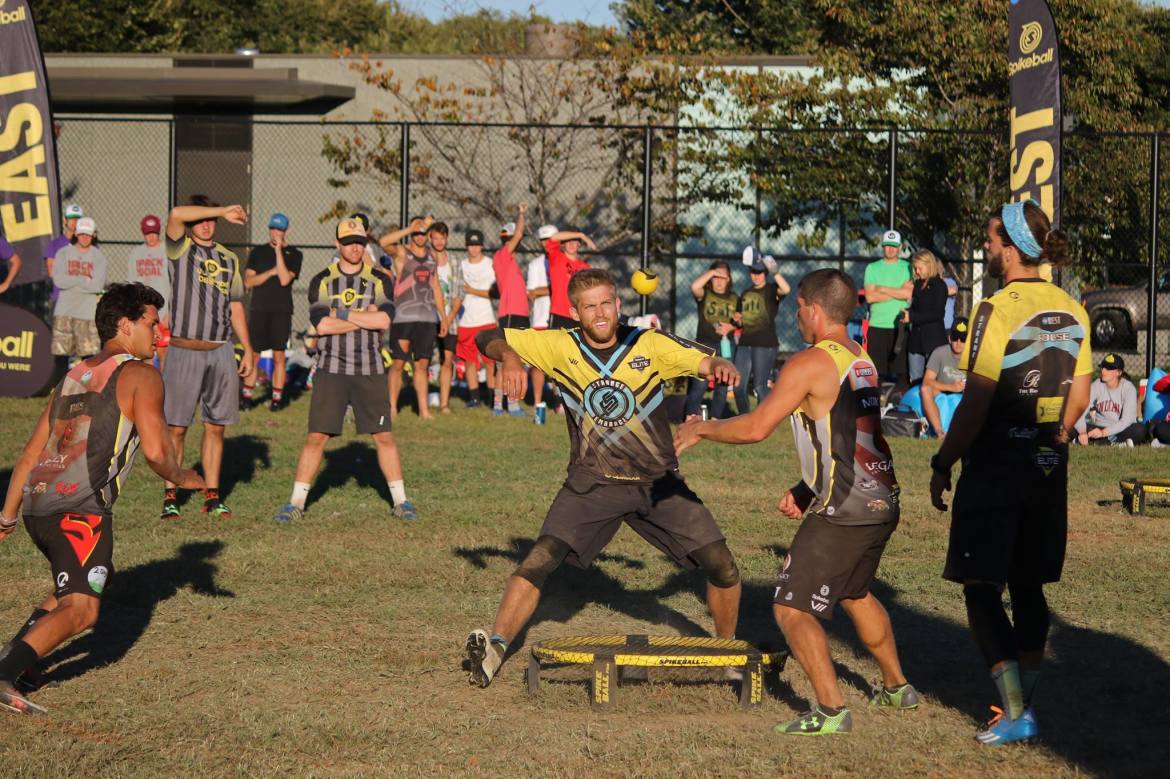 2 Guys defeated Strange Embrace at Nationals 2016 and these two teams will be battling for that #1 spot at the start of 2017.

A popular, early pick to take home the pitchers at nationals, Cisek and Showalter are two of the winningest players in roundnet. Once they get their chemistry down, few teams will stand a chance against this powerhouse.

Boles and Golembeski hustle on defense and proved their potential when they took down Origin Vengeance, Safi, and Artificial Flavors in Dallas last year. With a desire to return to #1, Boles will be pushing harder than ever to make it to the finish line in October.

Drucker and Hornacek have some of the hardest serves and hits in the game, but neither is praised for his quickness on defense. As offenses continue to improve, they’ll need to double down on serving or find a defensive rhythm to keep up with the field. 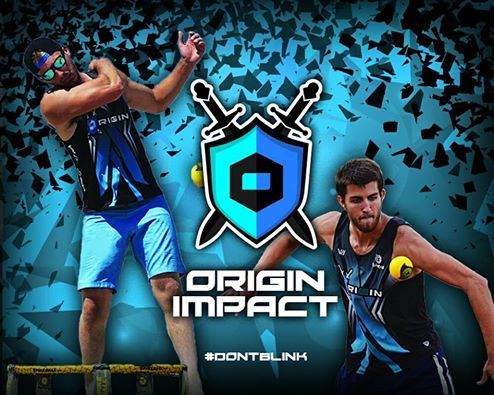 The new promotional picture for Origin Impact, with the hashtag #DontBlink

We didn’t see much from the Beavers in 2016, but after seeing them take down Safi at Nationals, there’s no doubt they can keep up with the best. It remains uncertain how far they’ll travel to assert their elite status.

Bohnen and Weiler had a strong second half of 2016, taking 1st at the St. Louis Tour Stop, 3rd at the Chicago Grand Slam, 3rd at Midwest Regionals. The pair then went out in 3 games to #2 Strange Embrace at Nationals 2016.

Nashburgh is the only team playing in 2017 to earn a top 8 finish at nationals and Spikeball Elite for three consecutive years. While Graham is expected to take time off to get surgery on his ankle, be warned that these seasoned competitors will be making a run at every tournament they attend. 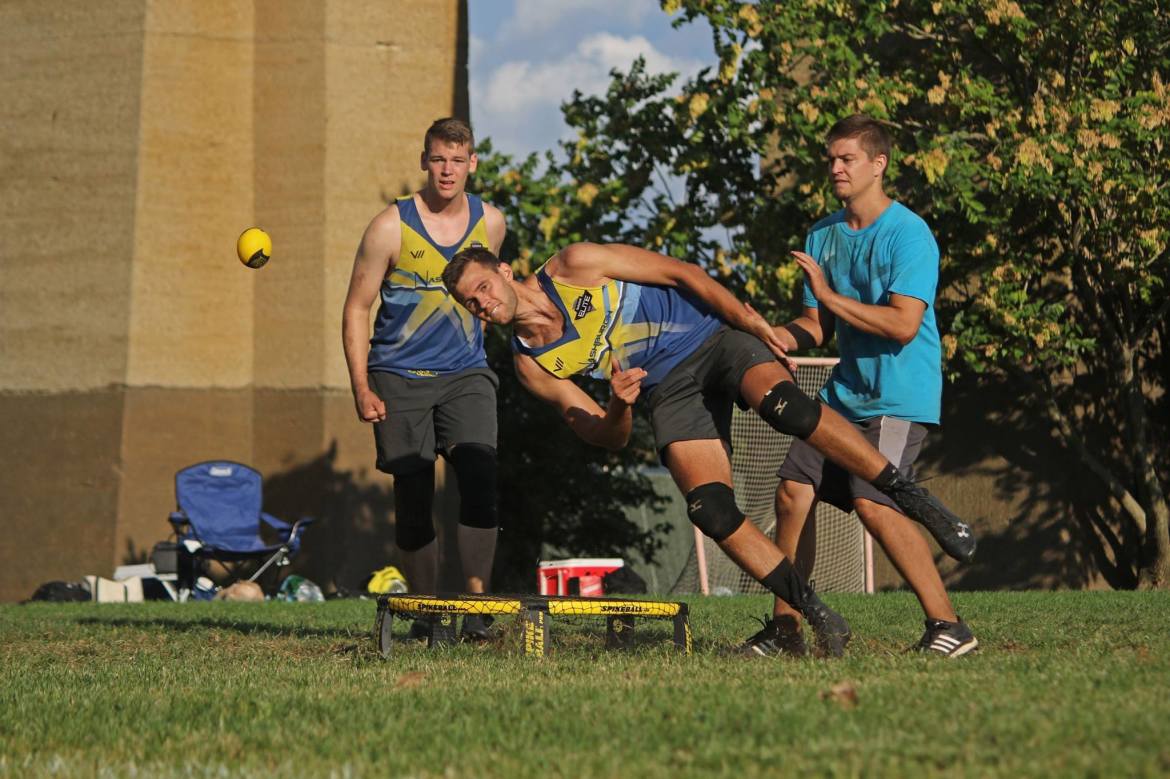 Although Graham will be out for the start of 2017, Nashburgh is sure to be a force at East Regionals at the tail end of the season.

After finishing T-5th at the highly competitive 2016 Flurry, Fitzgerald and Alvino enter the year as a clear top 3 team in the East. As chemistry develops and Alvino continues to refine his serving game, they’ll be a challenge to every team in due time.

10. Ohio Against The World

OATW combines a strong server and one of the game’s quickest defenders. Bonta and Showalter round out the top 10 but face a steep hill to climb any higher.

Bryce and Taylor were hot and cold at the end of 2016 — they went 1-6 during pool play in Chicago but made it to the quarterfinals by beating a string of high caliber teams. At Nationals, they lost a crossover but still advanced to the round of 16. If they can be consistent at a high level, Phantoms will be a threat to make any West podium.

After a season plagued by injuries, Force became the only Origin team to eliminate Origin Vengeance from a tournament and even pushed 2 Guys in the quarterfinals at Nationals 2016. They should only be aiming higher in 2017.

After being Safi's biggest roadblock to the Southeast Regionals title in 2016, Bolivia opens the year as the Southeast’s top team. They finished top 16 at Nationals, but David and Gus certainly have the skill and experience to climb higher.

Though Max opens the season recovering from shoulder surgery, these brothers will be grinding practice sessions nearly every day. In addition to an impressive 2016 season, Hilltop still has incredible room for growth: as their consistency catches up to other elite teams, opponents won’t be as easily forgiven by their dangerous serves. 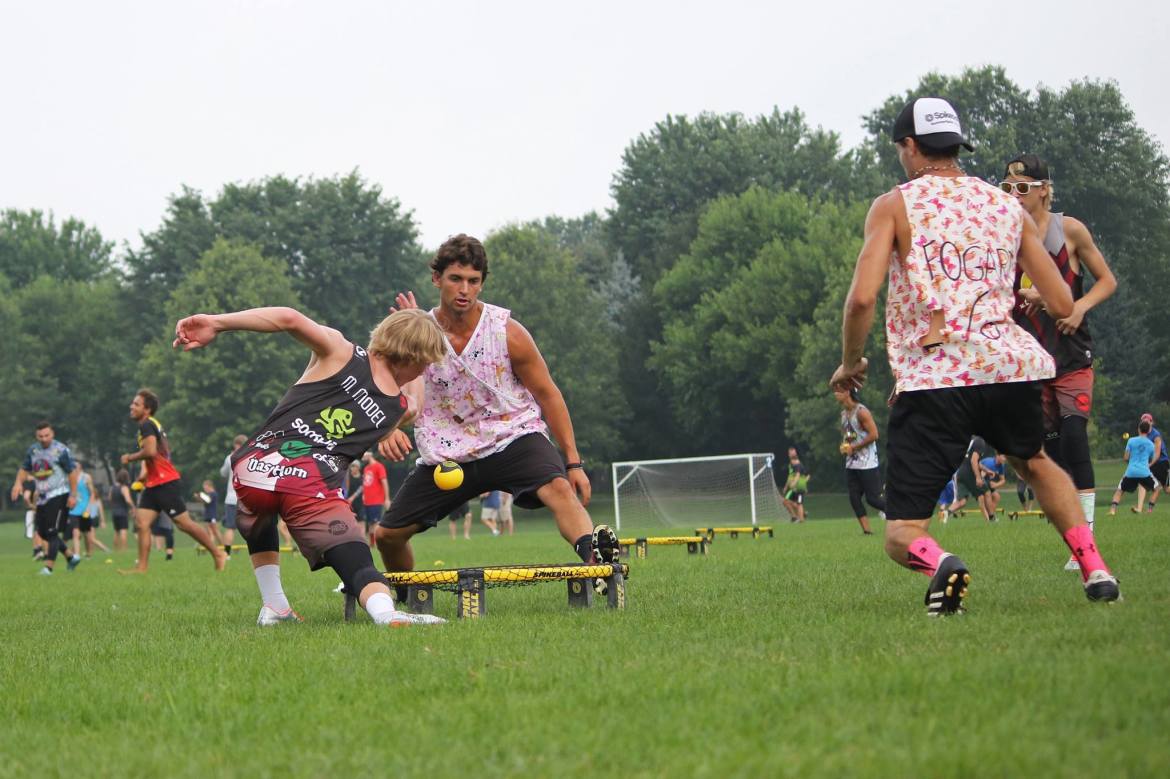 Hilltop's arguably best finish of 2016 came in Lancaster, where they placed fourth.

Schott and Joyner are two of the hardest hustlers in the sport and can frustrate teams with scrappy defense. No longer a Cinderella story, these two will soon face the pressure of being one of the few Southeast elite teams.

After missing the top 4 at Southeast Regionals and only finishing top 32 at Nationals, Brumby and Zishka have plenty of room for improvement in 2017. That said, these two can hang with anyone — most notably when they took a game off Chico at the Atlanta Grand Slam.

Wait, what? After retiring from Chico Spikes, Boyer has teamed up with former TPCV player Victor Ho. Ho is an unknown, as he hasn’t competed in a tournament since the West Tour in 2016.

Josiah and Micah are back together for 2017. These hard-hitting brothers can take over games with strong serves but will need to round out the rest of their game as a returning partnership. 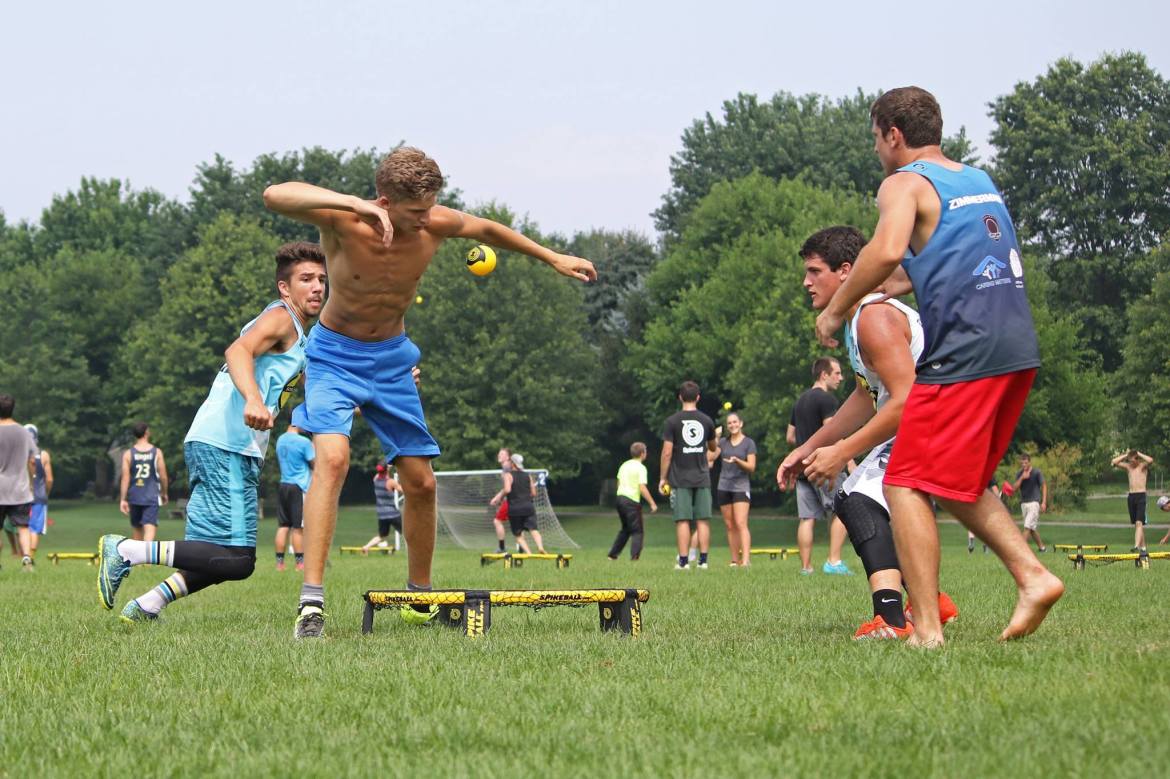 The Zimmerman brothers faced off many times in 2016.

With little to show from the 2016 series, save for eeking out a win against Phenomabomb, the question mark for these brothers is whether they can pull off big wins. They have hung with many strong teams but struggled to close when it mattered most.

The 4th Place finishers from Nationals 2015 saw minimal action in 2016 with solid results early on. After an impressive showing from Smith at the Flurry playing with Hammon, this team’s success will be tied to Kirkman’s ability to keep up as the elite level continues to rise.

With Drucker joining Origin Impact, Zagone will be playing the season with Hafertape. Both performed well in 2016, but they have their work cut out for them to climb out of the fourth spot on Origin’s depth chart.

Despite winning series against Hilltop and Phenomabomb during the regular season, Dirt lost to both teams at meetings later in the year when the matches mattered more. They will certainly be East contenders. 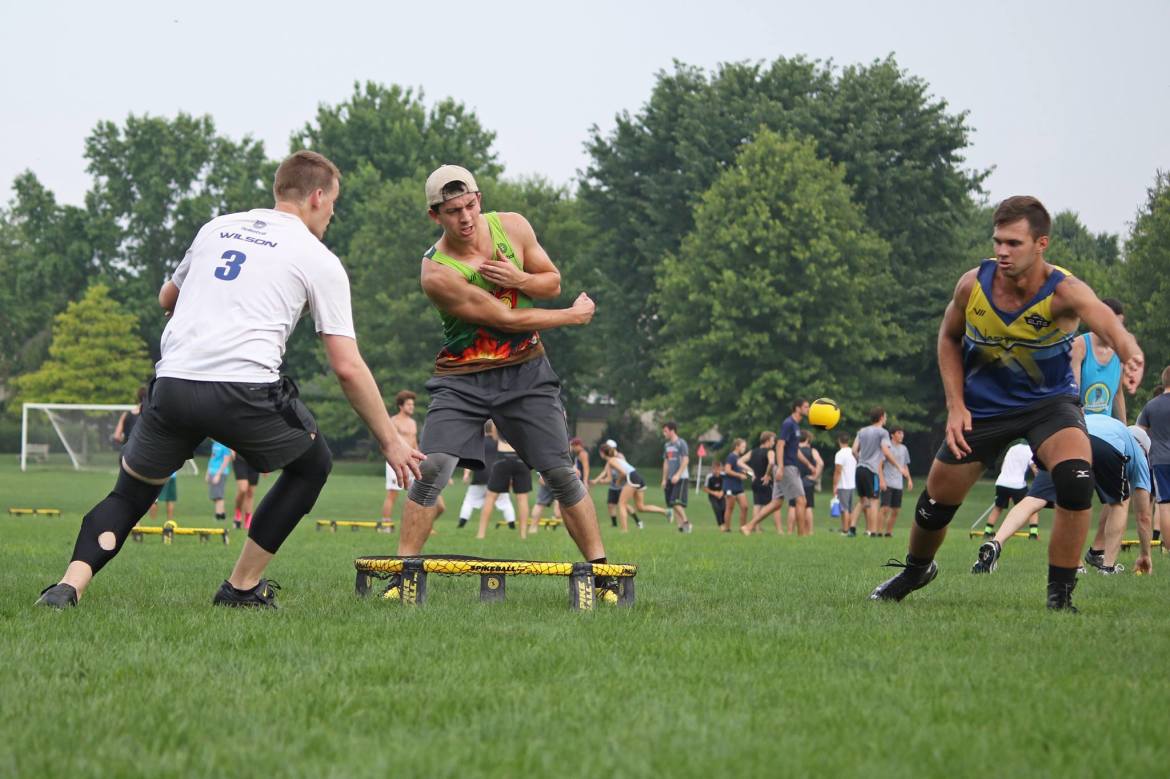 Spicy Dirt and Nashburgh battling in Lancaster Pool Play, one of many times they faced off in 2016.

One of the strongest and most consistent teams in Texas, Childs and Konstanty will need to travel out of region to prove themselves on the national stage. The pair missed out on Nationals 2016, though Childs earned a respectable top 32 finish at Nationals with Kirkman

White and Sant had an average 2016. With few notable wins last year (they beat Force handily in Boston) after bursting onto the scene in 2015, we’re left wondering how hard these two will push to climb up the rankings this season.

Upon recalling Ball Blasters pushed Nashburgh to the wire in three games at nationals, it’s confusing to see them barely making this list. However, just a month prior they were upset by Point Loma and did not make a podium during the West Tour. Let’s hope we see the team that played at Nationals in 2017.