Three regional championships down, one to go. I may be biased (as I am from the East myself) but I think we’ve saved the best for last.

According to the Prediction Poll that we released yesterday, members of the roundnet community believe that Anchored LI (Anthony Alvino and Ryan Fitzgerald) is the most likely candidate to take first place. The last time the two were in Boston (for the East Grand Slam), they shocked the roundnet world with wins over the #3 Origin Impact and (previously undefeated in 2017) #1 cisek_showalter. This was an impressive feat and the pair remains the highest ranked East team. 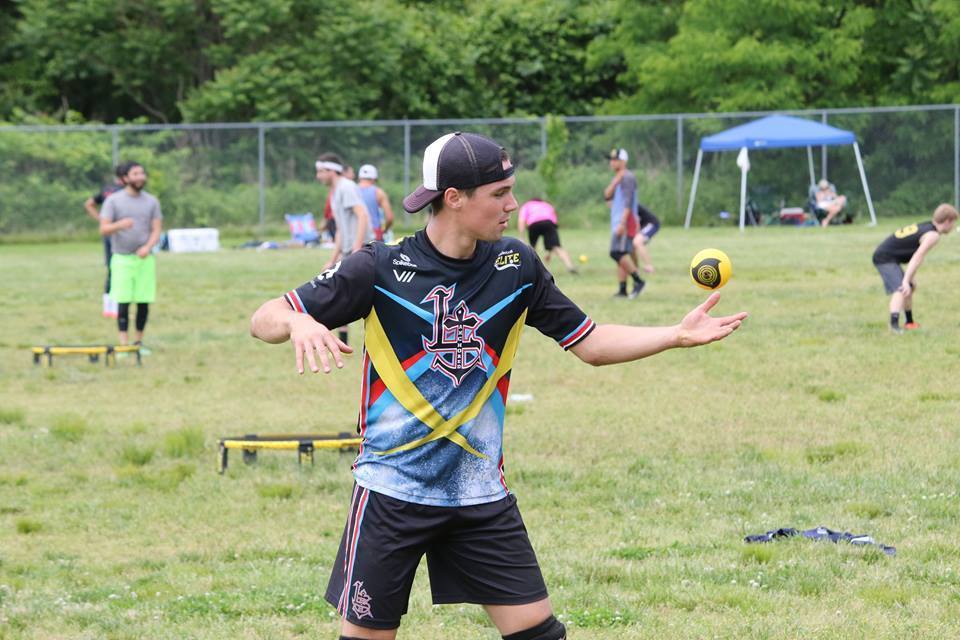 Ryan Fitzgerald of Anchored LI tosses the ball to serve at the Boston Grand Slam.

On paper, Anchored is the real favorite as they have winning records over every other team. The kicker: the matches they’ve won have been close and there are many teams that they have not played at all.

This weekend, there are many teams that could find themselves in the top 4 and it is extremely hard to predict how the day will end up. That is what will make this tournament something special to watch.

Leading the pack of this group of teams is Hilltop Spikes (Max and Cole Model), the only team in attendance who has beaten Anchored LI this season. The two teams have actually met three times this season - Hilltop took the first meeting in Baltimore and Anchored took the other two in Philadelphia and Long Island.

The Model brothers typically earn wins with their arsenal of serves. However, this has been paired with improved defensive play over the season, which has led them to some solid results, including earning the #1 seed in bracket play at the Boston Grand Slam. Their win over Anchored LI is considered their best win of the season, but close matches with Strange Embrace and Nashburgh keep these guys ranked high.

Speaking of Nashburgh, Joel Graham and Scott Wilson are always a force come post-season roundnet. In the past three seasons, Nashburgh has placed second, first, and fourth at the regional championship they attended. Graham was out for half the season after ankle surgery, so, like Hilltop, Nashburgh does not have many great wins but does have a number of close losses.

The biggest threat that Nashburgh brings on Saturday is their experience and intensity, After many years of competing at the highest level, these guys know how to turn it on during these big tournaments.

The Prediction Poll results placed these three aforementioned teams in the top three. We’ve seen these teams and players at many events this season and before, but the next two highest predicted finishers come with more mystery,

One of the best free agents in the country and #21 on the 2016 top 25 players list has finally found a partner for more than one event. Daniel McPartland will be teaming up with fellow rally blogger Anthony Rentsch for this year’s Regionals and Nationals. Last season, McPartland garnered some attention after making the semifinals at East Regionals and continued that with strong play at Nationals and the Indoor Flurry. 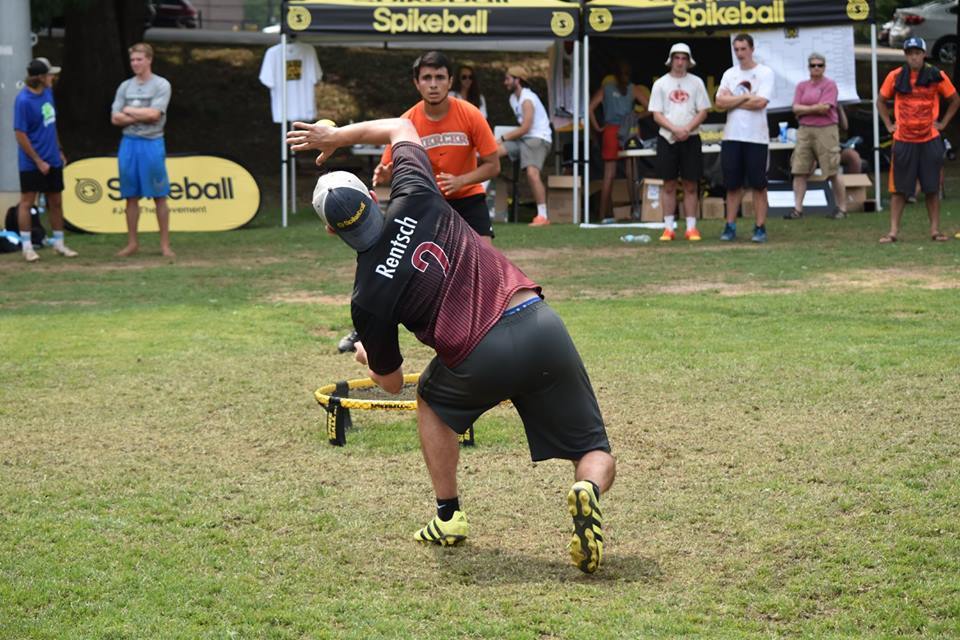 Early in 2017 this pair played their second tournament together (a small, cold event in March) and won. Since then, McPartland's best showing was first at College Nationals and Rentsch’s was third at the Charlotte Tour Stop. As these two are strong individual players, it is easy to think they’ll do well, and McPartland knows how to play with mash-up partners. Team chemistry will be the big question surrounding these two.

A quick aside, McPartland and Spicy Roundnet member Nick Sant forced Anchored LI to three-games and extra points at the Boston Grand Slam.

The other mystery is the non-Intermediate Division return of 2016 star player Dylan Fogarty. Fogarty has been absent from the competitive scene in 2017, only playing at a small event in Connecticut and the SummerSpike Intermediate Division. He will be teaming with Origin Chaos’ Matt Bohnen, who couldn't attend Midwest Regionals due to school conflicts.

Fogarty was a top 10 player in 2016, so the potential is there for Vacation with Dad. We are not sure, however, how much rust has built up. Will it be like riding a bike for Fogarty? If so, he could be dishing out some losses like it is 2016 all over again.

Back to the teams I know. Do a Barrel Roll (Ezra and Ben Dantowitz) is in a very interesting spot heading into Regionals. This season the Dantowitz brothers have been holding their spot and not losing to anyone below them, but not really earning any big wins. The pair did come close to defeating Golden Set in Chicago, so they'll hope to bring that momentum into East Regionals. 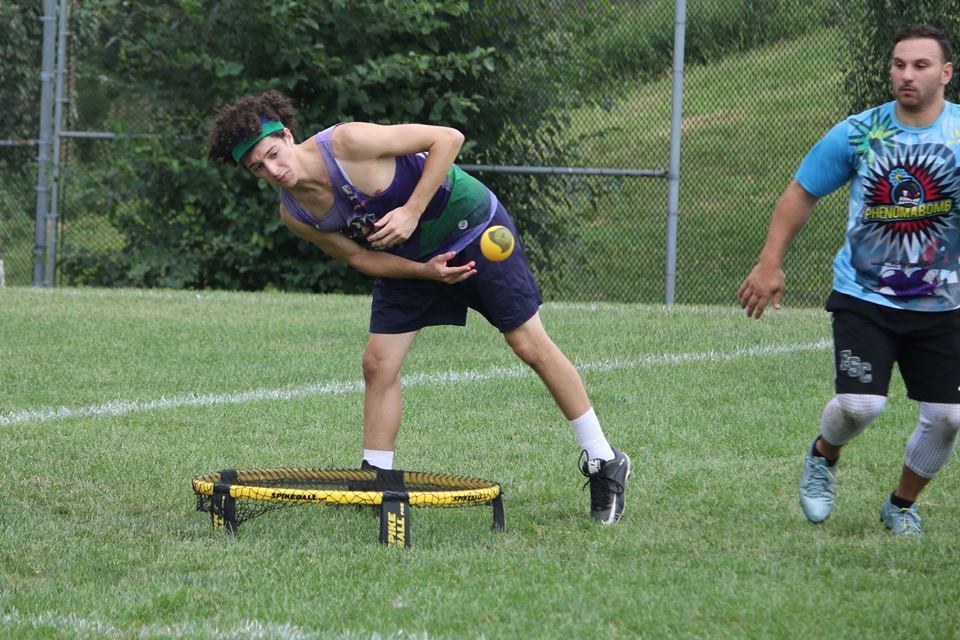 Ezra Dantowitz of Do a Barrel Roll hits a ball at 2016 East Regionals.

After these six teams, there are a few other East premier ballers who will be in attendance. In fact, a total of 14 teams are coming out for the Premier Division in Cambridge on Saturday. Among them is the Southeast’s (and temporarily East’s) Harding Brumby, who is teaming up with Josh Swimm after he missed Southeast Regionals earlier in the month.

Over the course of the East Tour, multiple East teams found their way onto the Power Rankings for the first time. This includes the #17 power ranked Schizik (Jeff Schafer and George Rizk), the #19 PB&J (Blake Rock and Jonny Dariano) and #21 Shmaneuvments (Brandon Spector and Nick Abramson).

Schizik is 2-0 versus PB&J in 2017, so I’d love to see what game three will look like, especially with PB&J’s recent success in Montreal. Shmaneuvments also narrow lost to Spicy Dirt at the Boston Grand Slam so a breakthrough win could be on the horizon.

The other Premier Division teams include:

Here are the results of The Rally’s prediction poll.

With this being the last Regionals of the year, it truly is the last chance to qualify for the Premier Division at Nationals. Depending on the results, the top 3 or 4 finishing teams will earn this qualification.

There are a handful of teams that could make it to that point and the other regionals have shown us that we can throw any predictions for the Advanced Division out the window.

However, predict we will, and the winner of this Prediction Poll is the aptly named Let’s get Premier (John Manteiga and Ravikiran Kandula). Manteiga has come close to Premier multiple times this season and is definitely going into the day with one goal in mind. Kandula has also come extremely close to earning Premier status, as he tied for fifth in the SummerSpike Advanced Division.

This team's biggest competition will be the Premier level Spicy Hands, who qualified with the T-5th at College Nationals. As they have been mostly inactive since then, they’ve decided to partake in Advanced instead of Premier Division Saturday. 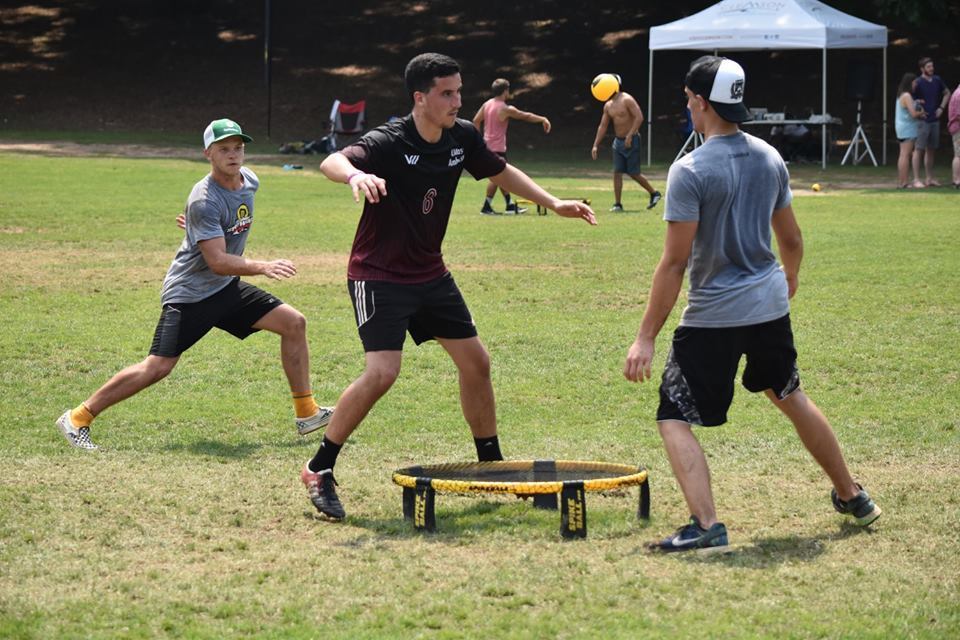 The other two I have in my top 4 are the half-premier DT (Daniel Stauffer and Travis Heck) and Knoboara (Chris Esposito and Matt Olah). The former is a pair of Lancaster ballers that practice with top players in the area and the latter has been improving this season and nearly took out the power ranked Cho’s Bros in Philadelphia.

Here are some other teams to watch out for in Advanced:

Here are the results of The Rally’s Prediction Poll: