In the fall of 2016, organized Collegiate Spikeball® Roundnet was born. Many schools hosted tournaments that attracted competitions from around their region. This all concluded at the first ever Collegiate Spikeballl® Nationals at Clemson University in April of 2017.

For this upcoming college season, the nation has been split into nine sections: Atlantic Coast, Central, East Bay, Great Lakes, New England, Pacific Northwest, South Central, Southwest, and Tropic South. In the fall there will be one sectional tournament in each, with sectional championships and the National Championship happening again in the spring.

These tournaments are also introducing a new format. After the typical single-elimination individual bracket, schools will be seeded into a new club bracket based on their teams' performances in the individual bracket. When two schools match up in this club bracket, their three teams will go head-to-head (Team 1 vs. Team 1, Team 2 vs. Team 2, Team 3 vs. Team 3). The school that wins two out of these three matches moves on. This goes on until the top school club is crowned. Find more information on this format here.

The first of these sectional tournaments is going down this Saturday in the Atlantic Coast section at the University of Chattanooga Tennessee (UTC).

Heading into Saturday and the college season, UTC is looking like the best school in the Atlantic Coast section and maybe even the nation.

This group is led by Easily Dug (Andrew Card and Travis Core) who have won multiple college tournaments, placed second at College Nationals, and (most recently) won the Southeast Regionals Premier Division. 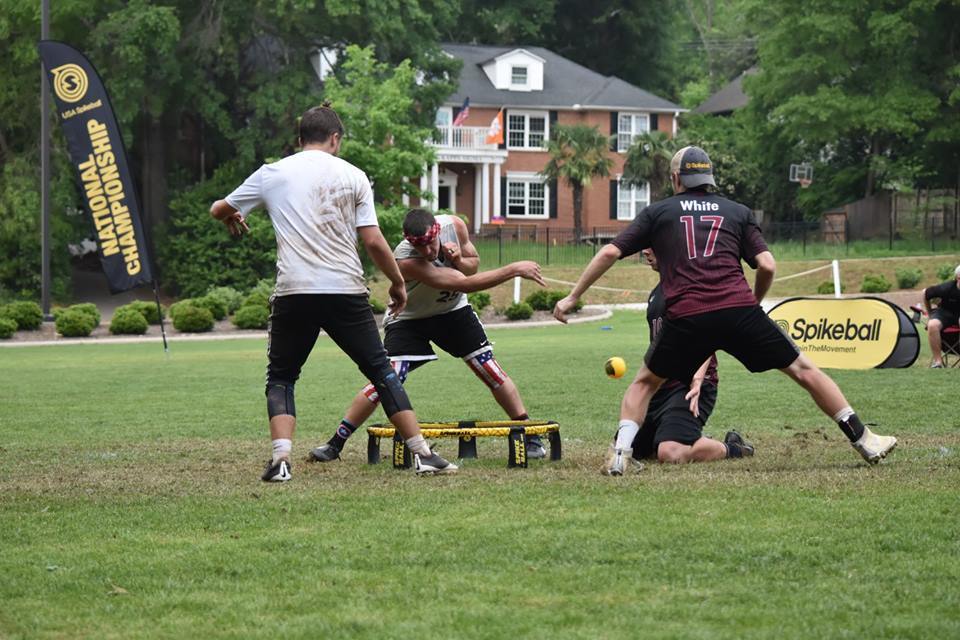 Travis Core of UTC's Easily Dug swings through a ball at College Nationals.

Core and Card are also joined by Daddy's Crackers (Jacob Wood and Caleb Fresh) and Arthecio (David Gonzales and Stephen Welch). Gonzales is a new student at UTC and a member of the top-ranked team Bolivia. Arthetica will not be playing at UTC this weekend, but is expected to be a force at later collegiate tournaments.

Easily Dug is easily the favorite to take the individual bracket and it will be hard for another school to take these guys out in the club bracket.

The teams to watch out for from these schools are Mercer's Recrem (Gustavo Gonzales and Karry Nusbaum) and UGA's Quad Gods (Ben Landes and Connor Gibbs). Both teams could it far in the individual bracket but will need some support from their school to take out UTC in the club bracket.

With eight more sectionals this fall, there will be plenty of Collegiate Spikeball® Roundnet to talk about. Look out for The Rally's full collegiate season preview next week.