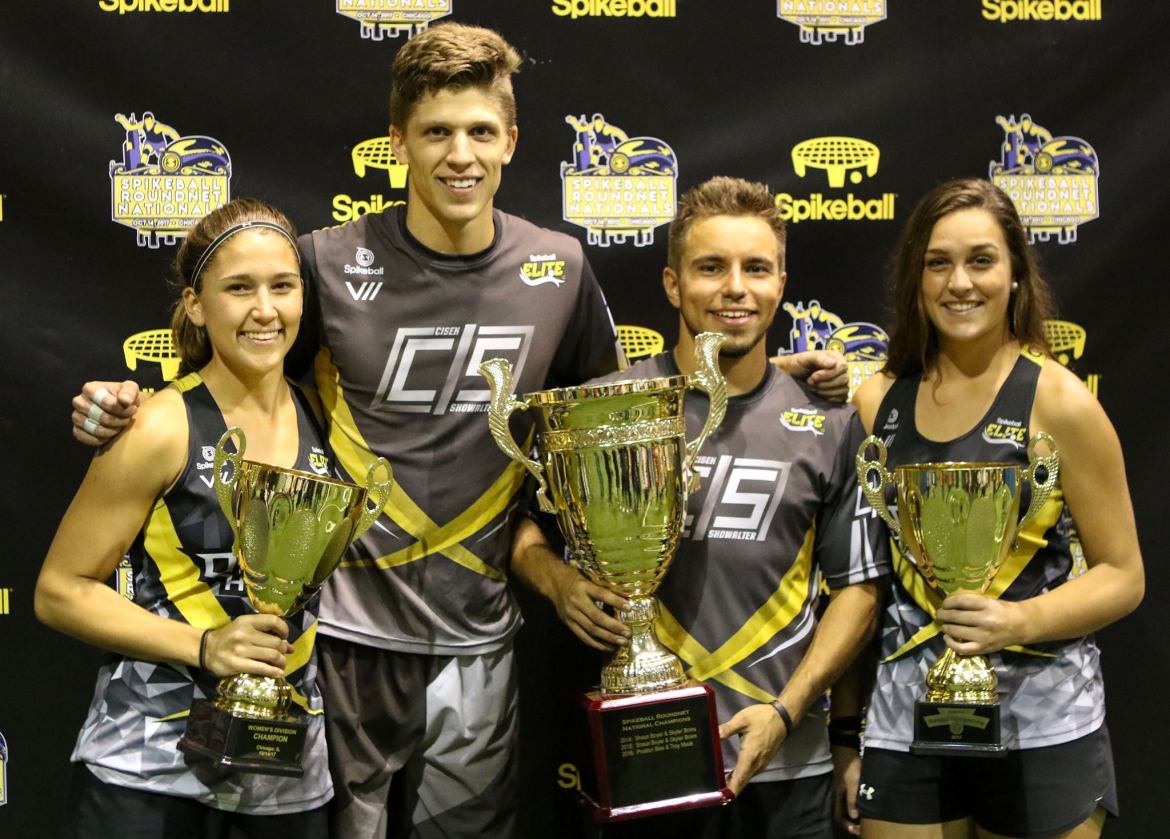 The Premier and Women's division champions pose for a picture after 2017 Nationals.

When the 2017 Spikeball™ Roundnet Association Nationals was first canceled at 6 a.m. the day of the tournament, we knew we were in for a wild day. After the Spikeball™ crew secured indoor facilities and the tournaments began, the craziness continued in the form of bracket upsets.

Despite all of this, things did go as expected: Cisek/Showalter (Tyler Cisek and Peter Jon Showalter) and Ogres Heroes (Alli Kaufman and Becca Witmer) won the Premier and Women's Divisions, respectively.

In the pre-tournament prediction polls, 67 percent of voters believed that Cisek/Showalter would win and 61 percent had their money on Ogres Heroes. These were safe bets, as Cisek/Showalter had only lost one tournament all season and Ogres Heroes had not lost a single one. Their wins at 2017 Nationals did not come easily, but these two teams let us know that they are certainly the best roundnet has to offer. 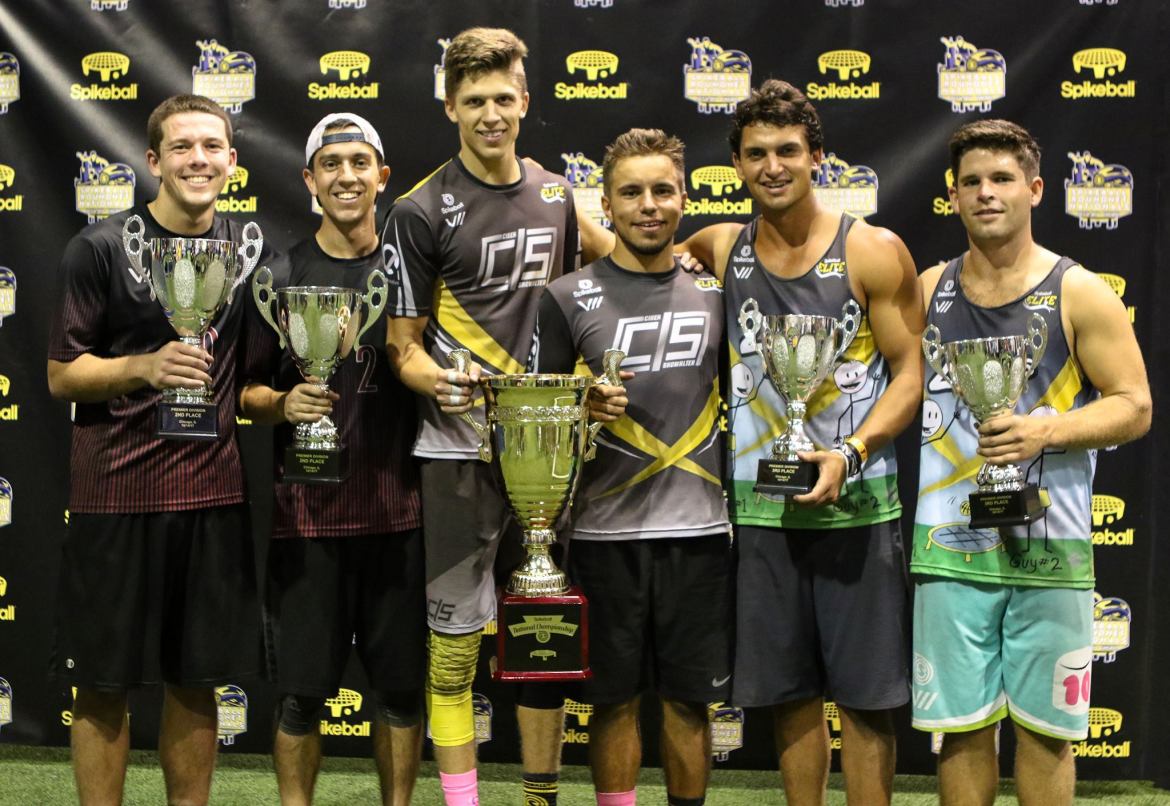 The rest of the tournament results were a little unexpected. For starters only half teams in the Premier Division semifinals and quarterfinals were ranked in the top 8 of the Power Rankings.

This was due in part to a stacked side of the bracket which contained seven of the top eight teams. There were also a handful of upsets, like the unranked Heckleberry Win's (Caleb and Corey Heck) victory over #10 Origin Chaos (Ryan Weiler and Matt Bohnen) in the round of 32 and #11 Easily Dug's (Andrew Card and Travis Core) victory over #5 Origin Impact (Chris Hornacek and Patrick Drucker) in the round of 16. Strange Embrace (Devin Matson and Jarratt Rouse), ranked #2 in the nation, went 4-4 in pool play to receive #25 seed in bracket play, which added a little extra chaos.

At the end of the day, we had two unexpected semifinal participants in Spicy Rubi (Anthony Rentsch and Daniel McPartland) and Easily Dug, who both showed what they could do last month at their respective regionals.

Cisek/Showalter pushed through #2 Strange Embrace and #3 2 Guys (Troy Mauk and Preston Bies) before meeting Rubi in the finals.

After an exciting three-game affair, the #1 team halted the potential upset and were crowned as national champions, a title that is well-deserved after their dominant season. Cisek did remark that Rubi was their toughest opponent all day, but the first-ever all East team to reach the finals could not muster up enough breaks to take home a national title. 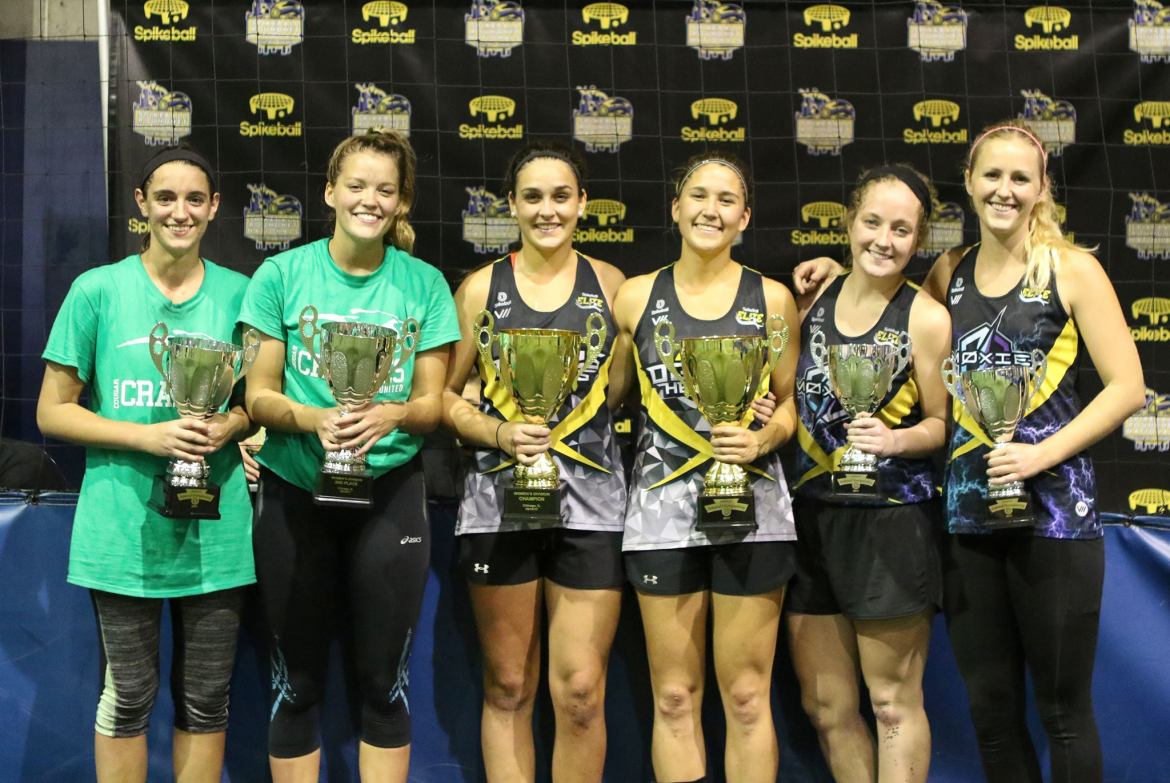 The Women's Divison also had an unexpected semifinals and finals participant in Cougs (Ashley Gingerich and Michaela Hershberger). Cougs first upset veinte hamburguesas (Tori Farlow and Charissa Wright) in the quarterfinals and then MØXIE (Jenna Coleman and Julie Haselton) in the semifinals. In the finals, #1 Ogres Heroes stopped Cougs' run. Ogres Heroes has now not lost a women's event since June 2016.

Today's post will just be an information dump, with results from the quarterfinals games onward from the Premier and Women's Divisions, and finishes for all divisions.

Now that Nationals is over, here is the final list of 2017 Spikeball™ Elite teams:

Here are the results from the Advanced and Intermediate Divisions, as well.

Of course, this post is not the last of The Rally's coverage of 2017 Nationals. Rather it's just the beginning. In the coming days and weeks we will have plenty more to say about what went down at the fourth ever Spikeball™ Roundnet Association Nationals.

Got something related to roundnet that you want to know more about? Have any topics you want to be discussed on the podcast? Contact Mike White at mwhitey17@gmail.com  or @mwhitey17 on Twitter.