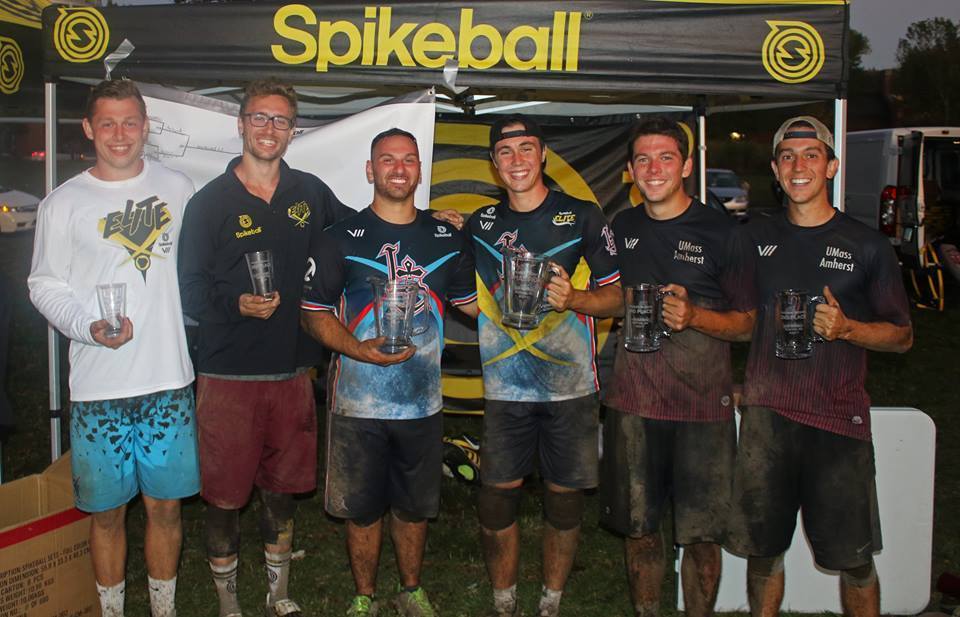 Nearly two months after Anchored LI’s statement victory at the Boston Grand Slam, some of the best roundnet teams in the East returned to Magazine Beach in Cambridge for East Regionals.

And for a second time in a row, Anthony Alvino and Ryan Fitzgerald worked hard for a win.

At the Grand Slam, they ran the gauntlet through two strong mash-ups and two top 5 power ranked teams before taking the title. This time, due to the double-elimination format, their East Regionals victory came at the end of another long day.

Anchored started the day with a near flawless pool play performance that earned them the #1 seed. This slated them to have a finals route of the mash-up Salty Sets (Harding Brumby and Josh Swimm), the only team in attendance they'd lost to - Hilltop Spikes (Max and Cole Model) - and the scary new Spicy Roundnet Club team Spicy Rubi (Daniel McPartland and Anthony Rentsch).

As predicted, Anchored LI was able to take out these first two foes. Fitzgerald and Alvino are now 3-1 on the year versus Hilltop. But in the winner's finals, they met their largest challenge.

Spicy Rubi only dropped one pool play game (to Anchored LI) and earned the #3 seed. During this pool play, McPartland’s serve and play caught some eyes. His cutting forehand serves can be next to impossible to return and looked like a real force. Their seed routed them to Ghost LI (Artie Singer and Desmond Benton) in the round of 16, Do a Barrel Roll (Ben and Ezra Dantowitz) in the round of 8, and Vacation with Dad (Dylan Fogarty and Matt Bohnen) in the semifinals, before seeing Anchored LI again in the winner’s finals.

Do a Barrel Roll gave Spicy Rubi some real trouble. Rentsch and McPartland held a lead for most of game one, but the consistent setting and hitting from the Dantowitz brothers kept them right there. Ben, who is known for his strong lefty serve, notched a few breaks late in the game to take the lead and seal the game one win.

Game two was even more of an even battle as the Dantowitzes played McPartland’s serve well by cheating to their right. Spicy Rubi did maintain a slight lead throughout the game and Ben went back to serve to McPartland at 19-20, needing a break to force extra points.

Ben ripped a lefty serve that catches McPartland's hand in a strange way, causing Do a Barrel Roll to call a carry as Spicy Rubi played on. After a long discussion (there was no observer in this game), the point was eventually replayed. Ben served it into the rim, sending the series to game three.

In the game three that followed, the Dantowitzes lost most of their steam. The consistency that they had in the first two games withered out and Spicy Rubi moved on. Once again this season, DaBR was this close to a great win.

Before Spicy Rubi could take on Anchored LI in the winner’s finals, they had to get through Vacation with Dad. Many, including myself, were skeptical of how Fogarty would play after almost a year without competive tournament play. After watching only a couple points in pool play, you could see that he barely lost a step. This led to Fogarty and Bohnen to an undefeated pool play and the #2 seed in bracket play.

Vacation with Dad had a first-round bye and then took out Nashburgh (Joel Graham and Scott Wilson) in three games in the quarterfinals.

This was first time Bohnen had played against McPartland and he was not too happy with the outcome afterwards. McPartland’s cutting serve was in fine form and gave them a lot of trouble. Game one was completely even at 18-18 when he rattled off two good serves to take the lead at 20-18 and the game two points after. This quick change of fate killed the Origin Roundnet Club members' momentum and sent them into loser’s bracket a bit earlier than they would have liked.

In the winner’s finals, Anchored LI, a consistent presence on the scene in 2017, and Spicy Rubi, the new team on the block battled for a guarantee at a top 2 finish. Spicy Rubi played with a combination of consistent offense and energized defense as they beat the Long Islanders in two games.

After their loss to Hilltop in winner’s bracket, Schizik (Jeff Schafer and George Rizk) was able to move on over Real Bros of Natick MA (Alex Harris and Nick Sant) before getting stopped by Vacation with Dad (albeit in three games). Do a Barrel Roll also recorded a win over PBJ after losing to Spicy Rubi, but then fell to Nashburgh in two games.

In the game for fifth place in the loser's bracket, Nashburgh and Hilltop played for the first time since SummerSpike 2017 - a relatively tight series that Nashburgh ran away with in game three. This time, the young guns got their revenge.

Vacation with Dad and Hilltop then squared off in the loser’s semifinals for a chance at the top 3. This too went to three games. In the end, the hard serves of Fogarty and Bohnen were a bit too much to handle for Hilltop. After a close series, Hilltop was out at fourth.

For the final match in the loser’s bracket, Anchored LI eliminated Vacation at Dads and moved into Grand Finals for another chance at Spicy Rubi. Coming from the loser's bracket, Anchored would have to win two best-two-out-of-three series to take home the East Regional title.

This grand finals was one of the best of the season, with four strong defensive and smart players performing near their peak. Some of the defensive touches and last-minute decision hits made by these players were massively impressive. They were almost completely evenly matched.

Evenly matched, except for in serving. Both player’s on Spicy Rubi struggled with serving in the grand finals, with McPartland not finding as many strong cutting forehands and Rentsch not finding much speed. On the other side, Fitzgerald ripped serve from many angles and Alvino found success with his backhand and fake backhand drop.

Even though Spicy Rubi took the second game of set one, Anchored LI had it all the way through and became the first team to win from loser’s bracket of a Premier Division tournament. 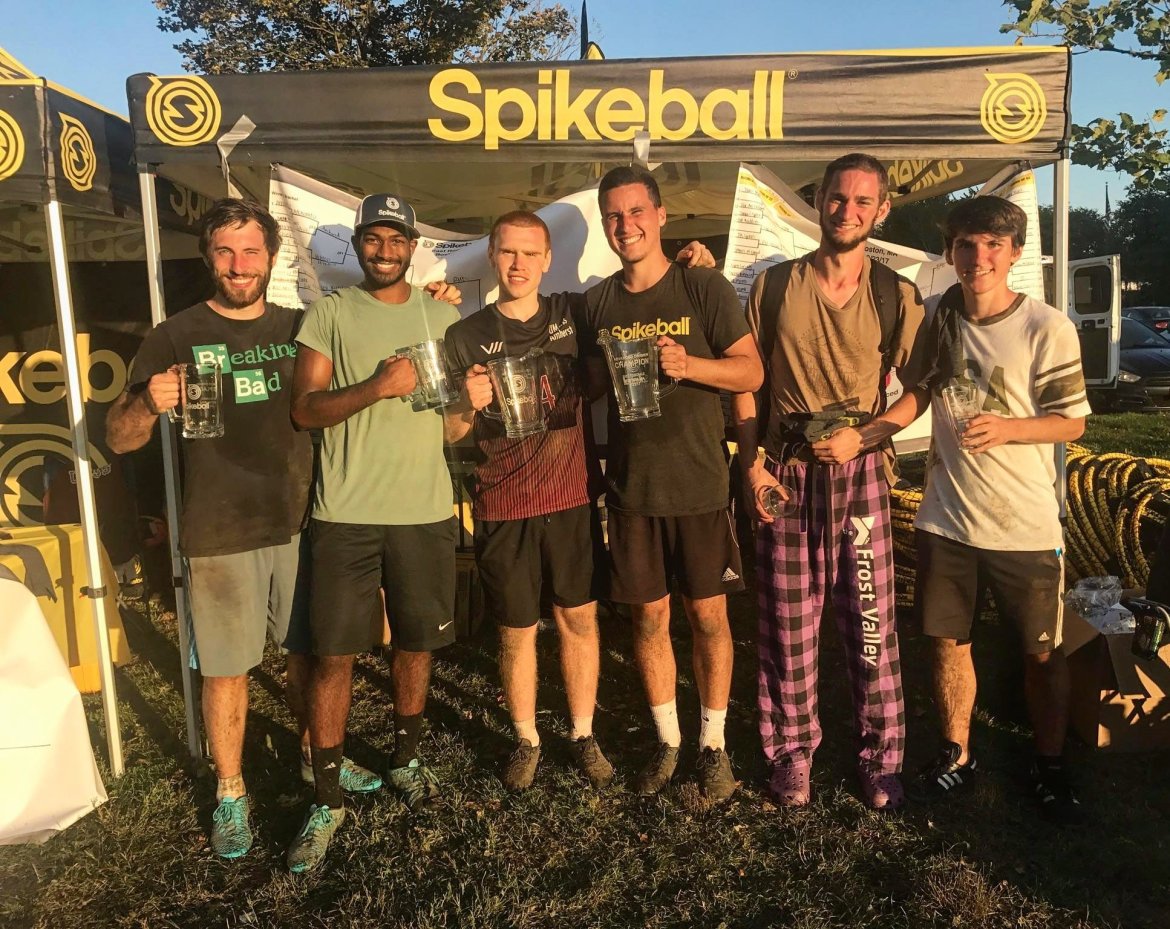 East Regionals was the last chance to qualify for the Premier Division at 2017 Nationals and many teams had this goal in mind.

Interestingly enough, the winner of this division was an already premier team: Spicy Hands. Owen Holtz and Scott Pease qualified at College Nationals and have played only a few tournaments since so they opted for Advanced Division this time around.

John Manteiga and Ravikirian Kandula, both looking to qualify for the Premier Division, played determined all day. While they could not take out Holtz and Pease, their finish was good enough for Premier qualification for this year and next.

The #1 seed Paw & Order (Daniel Lilling and Cyrus Hadavi) was not much of a surprise for third place. The two beat Tobias Nordlund and Carson Joyner (of MouseRat) earlier this season. 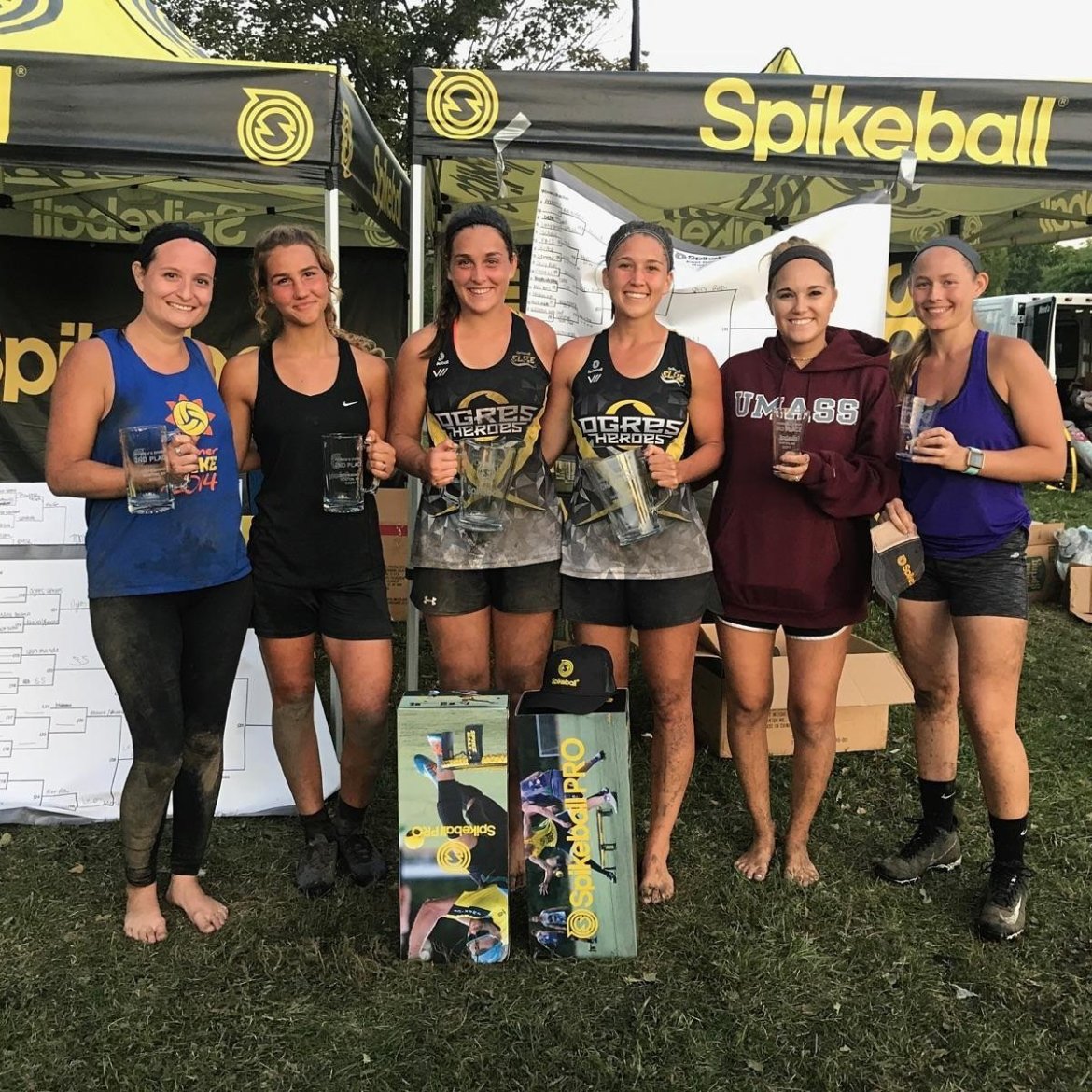 Ogres Heroes (Alli Kauffman and Becca Witmer) and SS (Shawna Ruff and Sarah Zook) competed in the Advanced Division, while Mandie Bigelow competed in Intermediate Division with Tobey Bigelow before the women's bracket was held.

SS and Leah White and Bigelow faced off for a chance to play against Ogres Heroes. This was an even match until strong serving from Zook helped SS pull away. SS then faced the #1 Women's team Ogres Heroes in the finals and fell short, like many have in 2017. SS did, however, take a game off of Witmer and Kauffman.

In fact, East Regionals was Zook's first ever tournament, and her raw skills (excellent anticipation on defense, super quick reactions and a low, strong serve) impressed Kauffman. Zook and Ruff will be playing together at Nationals in Chicago.

"They'll be a team to watch for sure," Kauffman said. 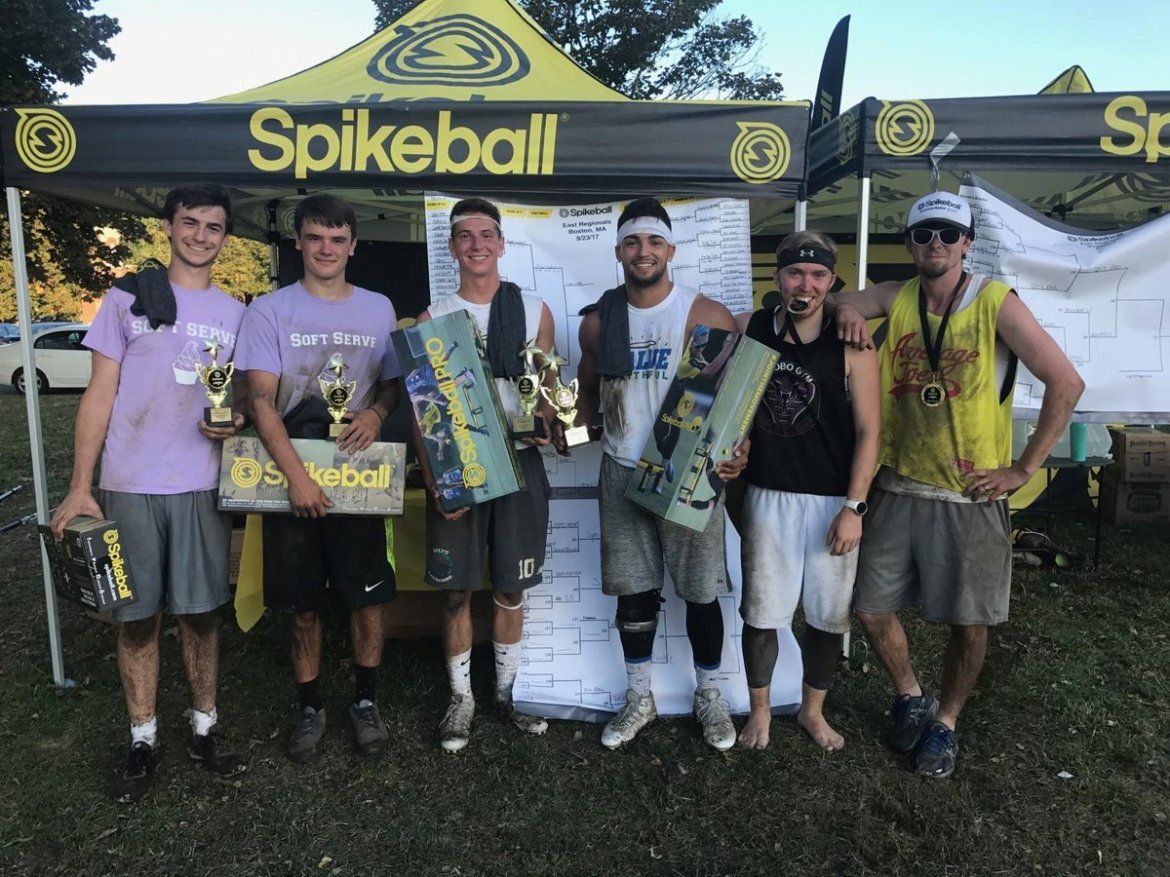 Spankers (Jared Barros and Nick Locicero) took first place after defeating The UnderDogs (Jon Massey and Ryan Sterling) in the semifinals and Set.net (James Hyman and Leo Freund) in the finals. The UnderDogs did go on to win third place.