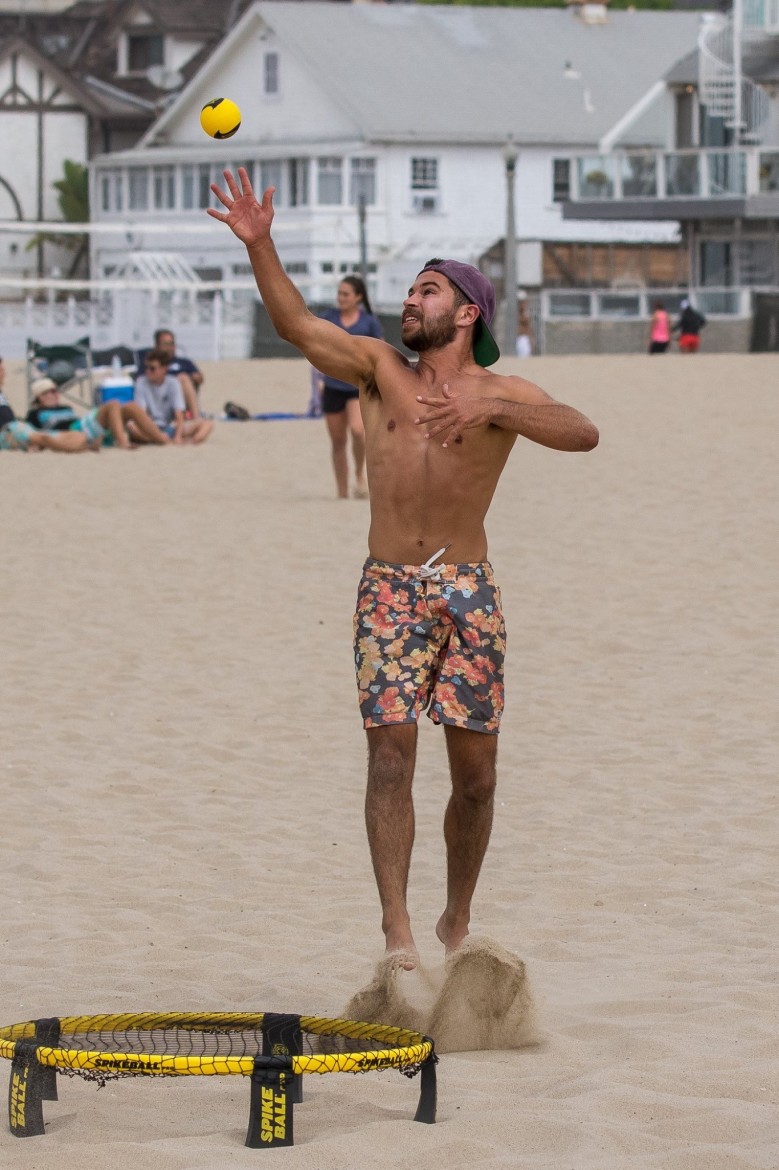 Kenny Ortega of Point Loma receives a ball at a tournament during the 2017 West Tour.

Click to skip to my predictions for the Premier and Advanced Divisions.

Only two teams who attended last season's West Regionals are signed up for this year's Premier Division. That means there is a whole new look to this year's tournament.

For starters, who is returning? 2 Guys (Preston Bies and Troy Mauk) and Strange Embrace (Jarratt Rouse and Devin Matson) will be competing again. Last year the two squads finished second and third, respectively, and both went on to have great success at the National Championship, as 2 Guys upset Chico Spikes (Skyler Boles and Shaun Boyer) in the finals, while Strange Embrace finished in third place.

The two teams should have success at this year's regional championship, as their seasons have been littered with top finishes on the USA Spkeball® Tour and at smaller, local tournaments.

It feels almost inevitable that these two familiar teams (who both reside and routinely play in Santa Barbara) will square off in the later rounds this weekend. I certainly expect them to meet in the finals.

Although 2 Guys pulled off a three-game victory over Strange Embrace in the semifinals of last year's National Championship, continued success against Strange Embrace has been non-existent; in fact, they have lost to them all three times they have played them this year.

The key to this matchup will be Strange Embrace's serve returns. Bies and Mauk have the ability to dazzle from the six-foot line and put a lot of pressure on opponents. Matson, and especially Rouse, are solid serve returners and they will need to be in fine form to keep their unbeaten streak alive in Santa Monica this weekend.

Point Loma (Zach Wood and Kenny Ortega) exploded onto the scene starting in the second half of the West Tour. They notched second place finishes in Denver, Nashville, and Madison, and have held their own twice in matches against 2 Guys (although they lost both times).

They have also beaten other West teams, including Chico de Gallo (Skyler Boles and Ian Golembeski), Chico Phantoms (Taylor and Bryce Johnson), and The Suite Life (Cody Thompson and Zach Zimmerman). But West Regionals is a different beast, and a top 4 finish will require them to beat top level talent in the West in a high-pressure setting. 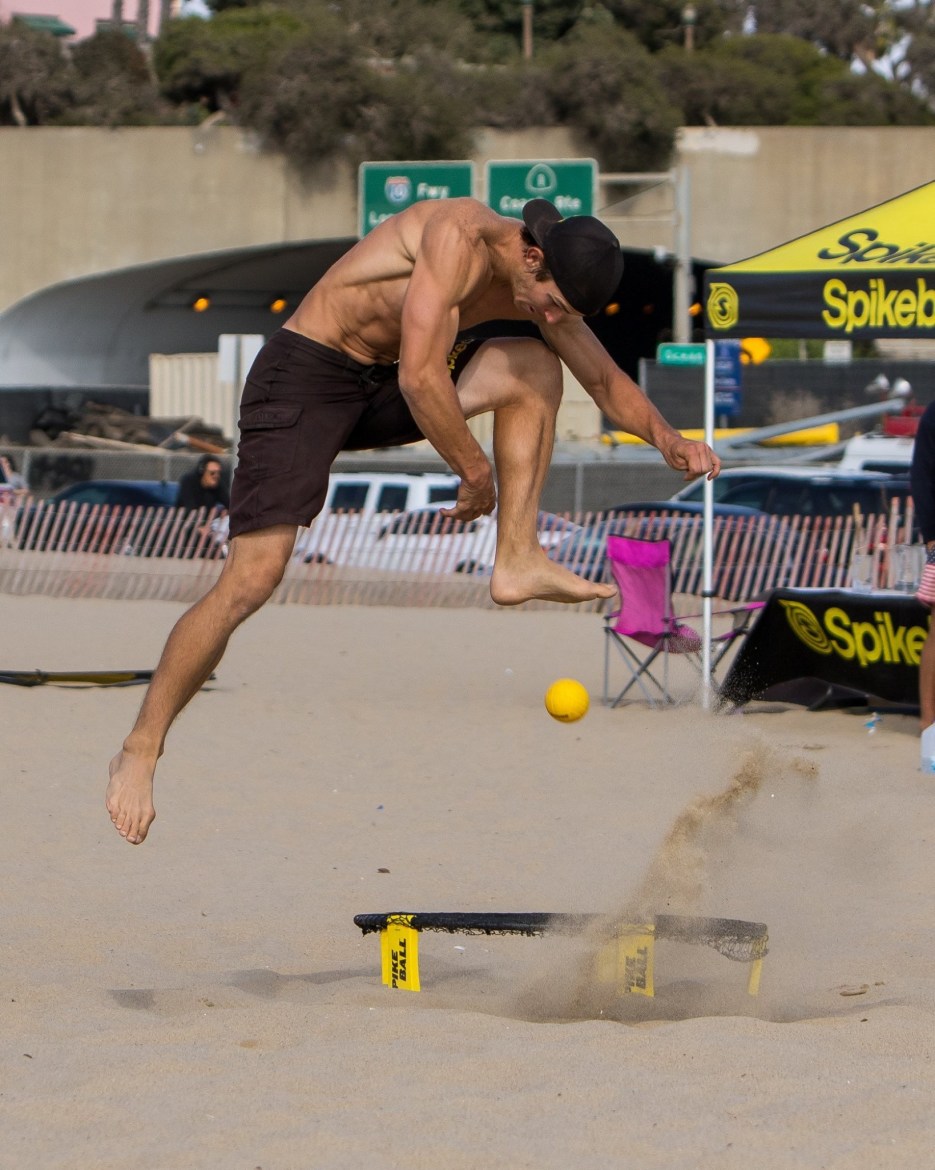 Buddy Hammon of Bud 'n' Boles spikes a ball during a tournament in 2016.

One of the teams they'll have to compete with is Bud 'n' Boles (Skyler Boles and Buddy Hammon), two of the top ranked roundnet players since anyone started ranking players. The dynamic mix of Hammon's athleticism and power and Boles' finesse is scary on paper, but they will still have to prove themselves. The last few years Boles or Hammon could have teamed up with almost anybody and won a tournament; it's not like that anymore. I'll put them in my top 4 but it's not as reflexively as I might have done in the past.

Double B's (Bryce Johnson and Billy Buchhauser) will be in contention for a top 4 finish this weekend, as well. The two recently finished in third place at the San Francisco Open II and have had solid success individually this season. In terms of what they need to do to crack the top 4, it's tough to say anything other than that they'll need to get hot in bracket play.

Other teams to keep an eye out for:

And finally, my predictions for the Premier Division:

Here are the results of The Rally's Prediction Poll for the Premier Division:

In the Advanced Division, there are a few teams that should be in prime position to land in the top 3.

One of those teams is G'Head (Ian Golembeski and Alex Lynn). Golembeski is definitely a high caliber player, even though he has not played in a long time. But so is Lynn, and he will also be hungry to prove himself against a field that he is definitely capable of beating (heck, he could be hanging with the Premier Division teams, too).

Right behind them (and I mean right... there is not much difference in my mind) is MimoSUH (Bryce Clifford and Cody Thomspon). Clifford and Thompson have been some of the best in the West for the last few years. While they do not play competitively as much as they used to, their strong defensive games will have a chance to shine against the Advanced Division.

In the same vein of longtime West coast ballers, LA Spikeball (Sam Renshaw and Peter McCarthy). McCarthy was once a member of the legendary McCarthy Industries and Renshaw has played with a number of top West ballers in the past. This pair actually took home the Boston Grand Slam back in 2014. We will see if their game is ready to compete with the game in 2017, but they certainly have the know-how to compete.

Heckleberry Win (Corey and Caleb Heck) is another dangerous team. Corey can mash up with anyone and have success, thanks in large part to his consistency and recovery ability. This time he will be playing with his brother, a solid young player in his own right. The Heck brothers will go far this weekend, mark my words.

Some other teams to look out for include:

My predictions for the Advanced Division:

Here are the results of The Rally's Prediction Poll for the Advanced Division:

Here are the results of The Rally's Prediction Poll for the Women's Division: