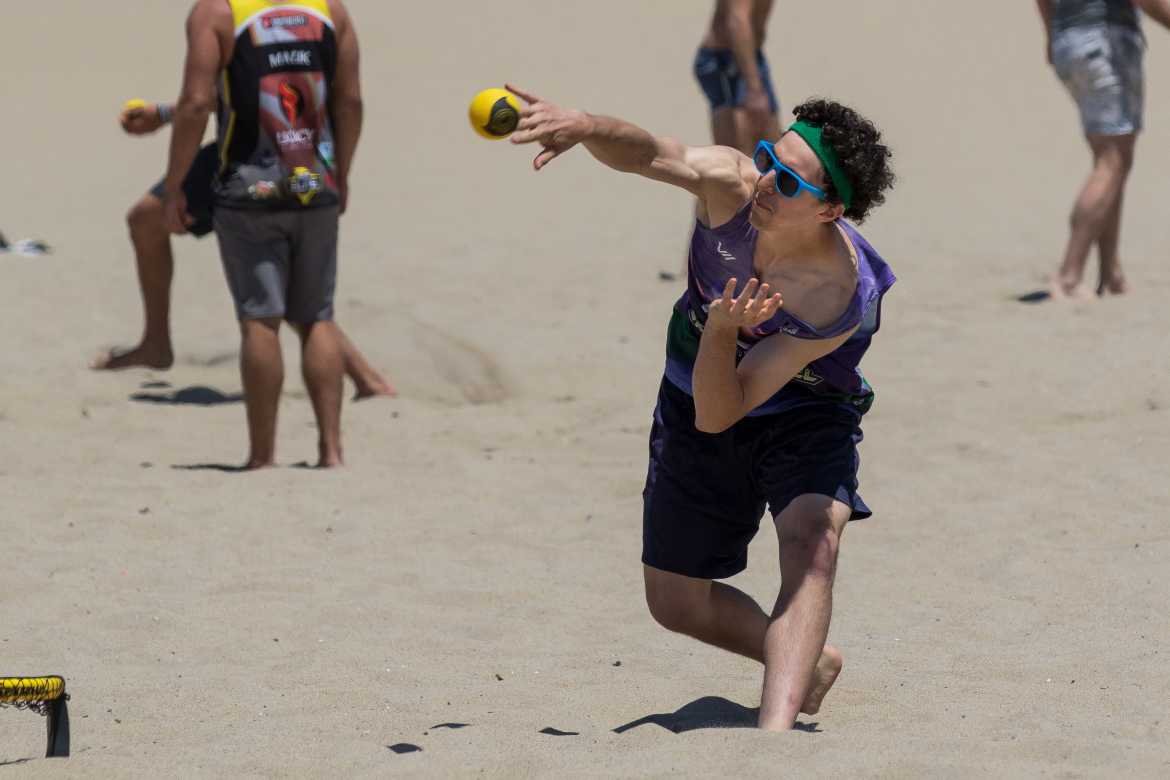 Ezra Dantowitz of Do a Barrel Roll serves a ball during a game in Santa Monica.

As ballers, we always think about ways that we can improve our games. So, two weekends ago at the Nashville Grand Slam, I caught up with four top-tier teams and asked them what suggestions they had for players to improve. Here's what they told me.

1. Find a Solid Group to Train With

There are not many things worse than not being able to find enough players for a roundnet session. Building and maintaining a strong group of players in your area is crucial to improving. Ezra Dantowitz of Do a Barrel Roll and Matt Bohnen of Origin Chaos both credit having a large group of roundnet players in their area for their success.

Having trouble finding players? Try using the Spikeball® App or create a Facebook Group for Spikeball® in your area.

2. Practice with Players That are Better Than You

Ezra and Matt also noted that once you have a group, it is important that you challenge yourself by playing with better players.

Ezra says: "It won't be easy and you won't always win, but you'll learn many new things from those players." In fact, Chaos was one of the most improved teams in 2016 after consistent training with the other top-ranked Origin teams.

3. When You Can't Find a Game, Still Get the Reps

On the days when you cannot find a match, Ben Dantowitz of Do a Barrel Roll stresses the importance of getting some reps in.

"Hit the same serve 100 times," he says. Practicing serves, playing wall ball, or using other drills (check some out here) will improve your game for the next time you are able to find a match. 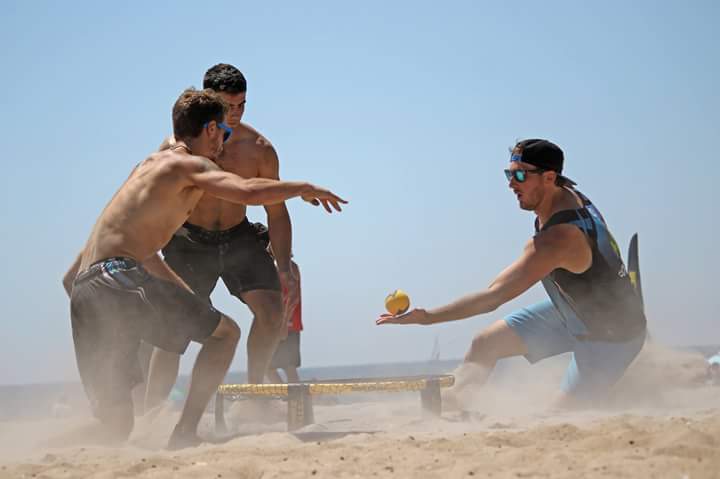 Chris Hornacek of Origin Impact sets a ball at SummerSpike 2016.

4. Travel to Tournaments to Learn Other Styles and Tactics

This next tip comes from the #1 Southeast team Bolivia. Gustavo Gonzales says it is important to travel to tournaments and learn from the players you face.

Attending tournaments not only provides you with a chance to play some competitive games, but it also presents an opportunity to watch and practice with a whole group of new players. After the tournament ends, you can head home with a head full of new tactics to try out on your friends.

5. You Gotta Want It

Chris Hornacek and Patrick Drucker of Origin Impact are two of the most traveled roundnet players in the game. This season the pair has attended nine tournaments, and have been rewarded with two tournament wins.

Hornacek is quick to tell others that "you gotta want it" and "you gotta put in the work." He especially emphasized the need to go to tournaments to gain experience and "get your touches in."

It is easy to play roundnet, but it is more difficult to consistently work on your game and improve. Having a good attitude is what can set you apart.

Got something related to roundnet that you want to know more about? Want to get involved writing previews or recaps for tournaments near you? Contact Mike White at mwhitey17@gmail.com or @mwhitey17 on Twitter.